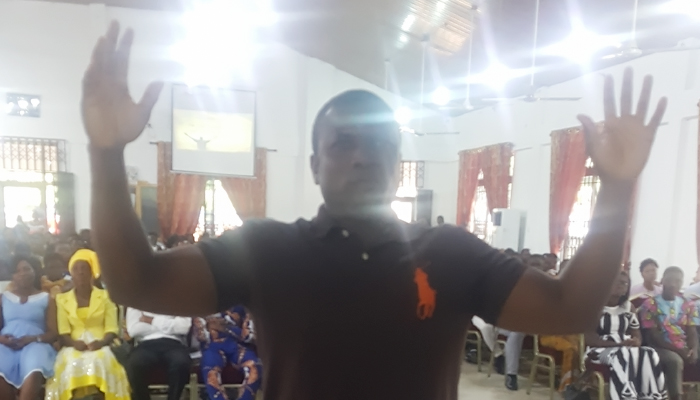 Amega Safianu, 45, a devout Muslim and a resident of Ho in the Volta Region, has surrendered his life to Jesus Christ.

Safianu grew up in the Muslim community in Ho and has been a devout Muslim for the past 25 years. He is a product of the Islamic School popularly called ‘Makarantar,’ and religiously observed all the Islamic rituals, including the five daily prayers and the fast.

The dyed-in-the-wool Muslim and his friend at a point in time made some fruitless attempts to convert Elder Seth Yao Peasa, the Presiding Elder of Ho Pentecost International Worship Centre (PIWC) and leader of the El-Bethel Prayer Centre of The Church of Pentecost, as they went to his house on several occasions in their quest to prove to him that Islam was the best religion.

According to Safianu, it dawned on him in 2010 to surrender his life to Christ, but he could not due to some threats he had on his life. He finally made the move on Sunday, December 2, 2018, at the M. K. Yeboah Memorial Temple, Ho PIWC.

The Resident Minister, Pastor Andrews Owusu, and the entire church were so happy for his conversion.