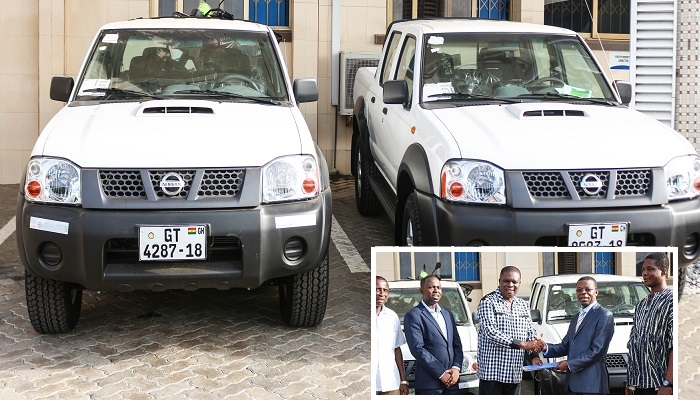 The Accra New Town District in La Area of The Church of Pentecost has donated assorted items worth several millions of cedis to the Missions Office to support the missions enterprise of the Church.

Others were 224 pieces of clothes and Benadryl which is used to treat sneezing, runny nose, watery eyes, hives, skin rash, itching, and other cold or allergy symptoms.

The donation was presented to the International Missions Director (IMD), Apostle Emmanuel Gyesi-Addo, on Wednesday, April 18, 2018, by the La Area Head, Apostle John Appiah Aidoo, on behalf of the Accra New Town District.

According to Apostle John Appiah Aidoo, the items were procured as part of this year’s Missions Week observed in March 2018.

Receiving the keys and documents to the vehicles and the tricycles, the IMD on behalf of the Missions Board thanked the Lord for touching the hearts of the persons behind the donation to support the mission work. He also expressed the Board’s heartfelt appreciation to the Area Head, the Area Missions Committee, the Accra New Town District Pastor, the donors and the rest of the members for the massive support.

Describing the donation as very rare, Apostle Gyesi-Addo prayed for God’s continuous blessing upon the donors and all those who contributed to it.

He indicated that it will go a long way to benefit both internal and external missions areas of the Church.