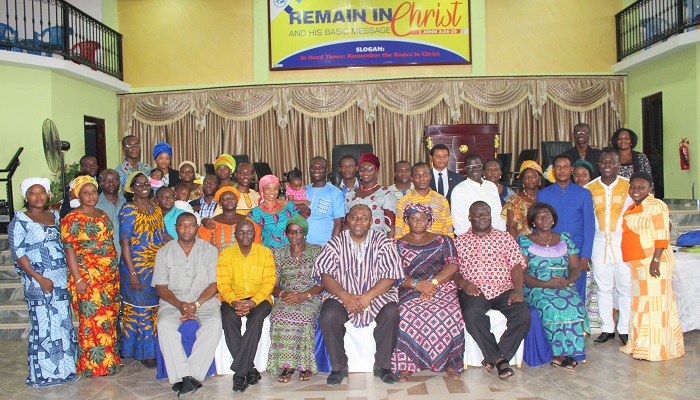 The Abuakwa Area of The Church of Pentecost in Ashanti Region on Thursday, September 6, 2018, organised a special prayer meeting to welcome new ministers and their wives to the Area.

The Area Head, Apostle Emmanuel Kwasi Osei Ofosu, in a sermon titled, “David’s Shortfall and Uriah’s Commitment to the Lord’s Work” with scripture references from 2 Samuel 11:1-27; Acts 13:22; 1 Samuel 13:14, challenged ministers and their wives to be wary of the factors that led to David’s shortfall.

He entreated them to rather focus on attaining the level of commitment demonstrated by Uriah.

According to Apostle Osei Ofosu, David’s shortfall was caused by his waning passion for the Lord’s work, idleness and loss of focus, attempt to cover his wrongs and his readiness to commit murder.

On the other hand, he said, Uriah’s commitment was informed by his disciplined life, keen concern for the Lord’s work and his readiness to take risk.

The Area Head discussed issues of concern that are critical to boost the Area evangelistic drive, enhance financial growth in tithes and offerings, increase infrastructural development, core ministerial practices and pending National and Area activities, with the ministers.