A Child After 37 Years Of Marriage

Home - News - A Child After 37 Years Of Marriage 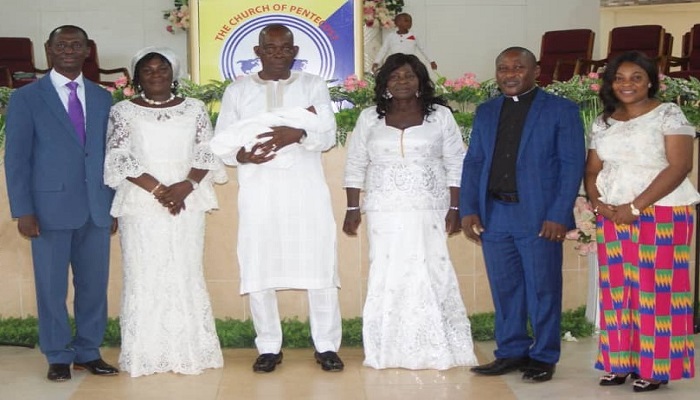 A Child After 37 Years Of Marriage

The God of Abraham and Sarah has done it again as He has blessed a couple with a fruit of the womb after 37 years of marriage without an issue.

Mrs. Comfort Marfo, a member of The Church of Pentecost at the Russia Worship Centre in Dansoman Area, together with her husband, Mrs. Kwabena Marfo, 60, could not hide their joy during the naming ceremony of their baby boy on October 21, 2018.

The christening of the child, Aaron Hwe Awurade Asiedu Marfo, attracted many people, including the Dansoman Area Head, Apostle Onyinah Gyamfi, and his wife, Martha.

Mrs. Marfo narrated how she and her husband had to endure 37 years of childlessness. According to her, during the period, she had three miscarriages in a row, but they did not give up because of the encouragement they received from the Resident Minister, Pastor Abraham Addae Agyemang, which strengthened their faith in God.

She expressed her profound gratitude to God for remembering her when all hope was lost. She also thanked the Resident Minister and his wife, Georgina as well as the entire church for their prayer support and encouragement during their challenging times.

She appreciated her husband, Mr. Kwabena Marof for not giving up on her in spite of all the pressures.

Speaking in an interview after the service, the couple encouraged other couples in similar situations not to lose hope but trust God and look to Him, hence naming their child “Hwe Awurade,” to wit ‘Look Unto God.’

To God be all the praise and glory.