The Church of Pentecost has branches in over 90 countries in all the continents, namely, Africa, America, South America, Europe, Asia and Australia. This spread of the Church was propelled partially by, the national economic crisis of 1983 which forced several Ghanaians, including members of the Church to seek means of subsistence abroad. Members of the Church in the Diaspora carried with them the gospel and, in due course, pioneered branches of the Church wherever they settled.

The foreign missions are well co-ordinated by the Missions Department based in the Church’s Headquarters in Accra. It is headed by the International Missions Director who pays regular apostolic visits to the external branches to encourage their members and to train leaders for ministry.

The Missions Board is the body responsible for the Church’s external missions work. It is responsible to the General Council through the Executive Council of The Church for:

•    Establishing principles and standards of ethics that shall govern all parties concerned with missionary  programmes;

•  Encouraging and enabling assemblies of the Church to support Missions activities and work; promoting the programmes of the Board and raising funds.

•  Receiving and transmitting appeals in matters relating to missionary programmes to the Executive Council for determination.

The rapid growth of the Church internationally has not been without its challenges. Besides the occasional immigration hurdles, missionaries have had to grapple with accommodation problems, lack of land to build chapels, initial communication difficulties and cross-cultural practices encountered by missionaries working in unfamiliar environments. The volatile political conditions prevailing in some countries have further hindered progressive spread of the gospel. For instance, it is not easy to preach the gospel or plant churches in predominantly Islamic nations. The poor living conditions of some members of the Church puts extra logistic burdens on the Church in its effort to alleviate the economic hardships of such members to make the gospel meaningful to them.

To create interest in missions work among the Church’s laity and to raise funds for missionary outreach in other countries, Areas, Districts and Local Missionary Committees have been established ’ to organise and co-ordinate such activities at their respective levels.

•    the monthly missionary offerings taken throughout the local churches on the first Sunday of the month;

•   proceeds from the McKeown’s Missions Week (named after the founder of the Church) to remind members of his missionary    work and for them to support missions programmes. 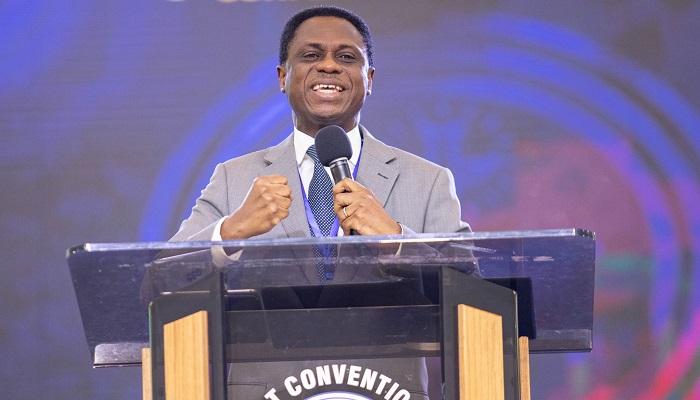