Your Light Is Needful In The World – Christians Told

Home - News - Your Light Is Needful In The World – Christians Told 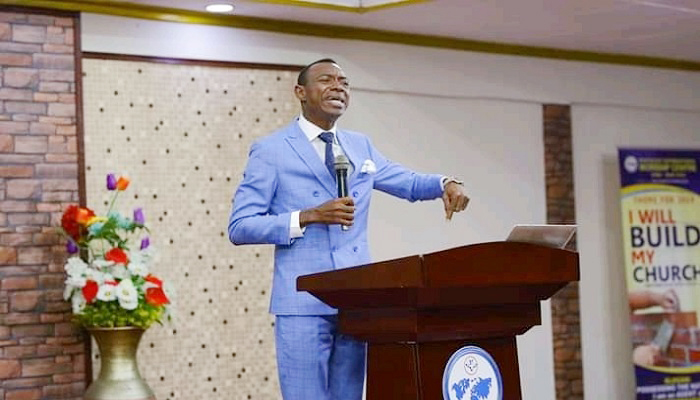 Your Light Is Needful In The World – Christians Told

The Resident Minister for New Tafo Pentecost International Worship Centre, Kumasi (PIWC – New Tafo), Pastor Anthony Kwesi Mensah, has asked Christians not to shine only at church but in the world for others to see their good deeds and come to Jesus Christ, who is the light.

According to him, Jesus Christ is already in the church and that he expects Christians to take the light they have received from him to the society to dispel the darkness that has overwhelmed it. “As a Christian, your light is not all that relevant at the church; it is seriously needed in your marriage, home, business, workplace and every sphere of the society so that others will see and come to your brightness,” he stressed.

Pastor Kwesi Mensah said this in a sermon on Tuesday, January 7, 2020, at the Yennyawoso Central auditorium during the New Tafo Area Prayer Week.

The week-long event dubbed “Kohinta” was on the theme: “Arise, Shine; For Your Light Has Come, And The Glory Of The Lord Has Risen Upon You” (Isaiah 60:1).

He quoted Exodus 34:27-35 and explained how Moses was clothed with the Lord’s glory which made him unapproachable by the Israelites after he had been in the Lord’s presence for forty days and nights. This, he said, is an indication that when the Lord’s glory fills the life of a believer, every other power will give way because his power and might is in charge and control of that person’s life.

“Whoever goes to the Lord’s presence receives his glory and becomes powerful,” he re-echoed. He, therefore, advised Christians to always be in the presence of the Lord to be clothed with his glory and power.

He revealed that every exodus involves three dimensions. He explained that the first “exodus” which involved the Israelites during their journey to the Promised Land, was from slavery to glory and back to slavery. However, he said, the second “exodus” which had to do with the coming of Jesus Christ to the earth was from glory to slavery and back to glory. “God abandoning His glory and becoming a man is slavery and going back to heaven is glory,” he said.

Touching on the significance of the Lord’s glory in the life of a believer, Pastor Mensah noted that it is the glory which releases God’s grace, saying, “When you receive the grace, God is not interested in your past.”

He added that the glory of God brings success and prosperity because God creates new things in His glory. He, therefore, admonished the members not to take the glory of the Lord for granted.

Pastor Anthony Kwesi Mensah cautioned believers against attitudes and behaviours that could hinder the Lord’s glory from shining on them, saying, “The Lord’s glory cannot shine on those who live in sin.”

After the sermon, he led the congregation through an intensive prayer and the glory of the Lord manifested as many people received spiritual gifts and had a divine touch.