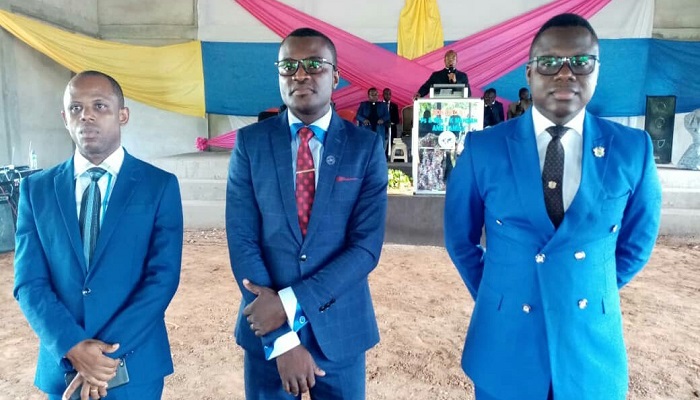 The Yendi Area Head of The Church of Pentecost, Apostle William Edzorhoho, has ordained three ministers in the Area as Pastors of the Church.

Speaking at the ordination service which took place on Friday, June 21, 2019, on the topic, “The Ancient of Days Is Still Seated On The Throne” based on Daniel 7:9 -22, Apostle Edzorhoho encouraged believers not to entertain any fear, because the Lord Jesus Christ is still seated on the throne interceding for them.

Using Daniel as a case study when his colleague administrators and governors in the reign of King Darius plotted to eliminate him and succeeded in getting him thrown into the lions’ den, the Lord rescued him.

Apostle Edzorhoho urged Christians to continue to depend on Jesus Christ, the King of Kings who is still seated on His throne. He assured them that Jesus will continue to be their shield and protector as He did for Daniel.

He encouraged the congregation to continue to trust in the Lord, because the Lord who saved Daniel is still the God who is seated on the throne.