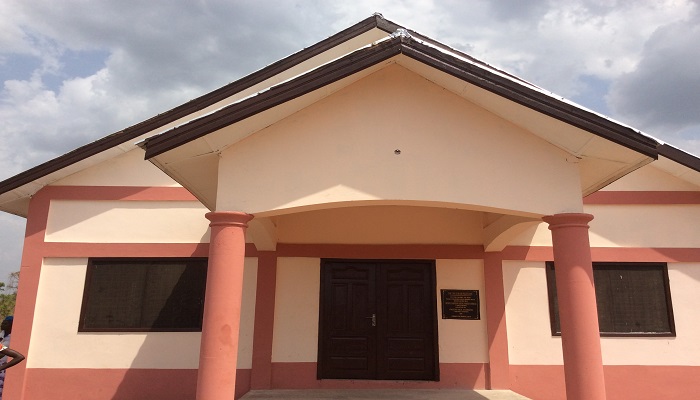 The Wurukwan Assembly Church building of Kyeremankuma District in the Kintampo Area of The Church of Pentecost has been dedicated to the glory of God.

The ceremony, which took place on Friday, 8th March, 2019, at Wurukwan, was officiated by the Area Head, Apostle Gideon Obeng-Darko Debrah, assisted by Pastor Paul Nsarkoh, the District Pastor.

During the service, the Area Head on behalf of Crawley Pentecost International Worship Centre (PIWC), under Croydon District in London South Area donated a tricycle popularly known as “Aboboya” to the Kyeremankuma district.

He said: “The Church belongs to God and He is the owner of the church. He is building His church and the gate of Hades cannot prevail against it.”

Pastor Adae explained that when Solomon succeeded his father David as the King of Israel, he built a palace and a temple for the Lord. He asked for wisdom to rule his people and God granted to him what he asked.

He encouraged the congregation to be careful wherever they are because the name of the Lord is upon them. He, therefore, called on the church to be holy onto the Lord and exhibit the values and the principles of the Kingdom of God wherever they may go.

“Jesus died for His church in order to bring salvation to all mankind. Therefore, the cost of salvation for humanity cannot be equated to the cost of the physical temple built by human hands,” he said.

“They do things contrary to the principles and values of the Kingdom of God. No! The same God in the auditorium is the same God that dwells in you wherever you may go as a Christian.

“The Church building belongs to God and must not be opened for any worldly activities.” He encouraged the congregation to honour God in their bodies.