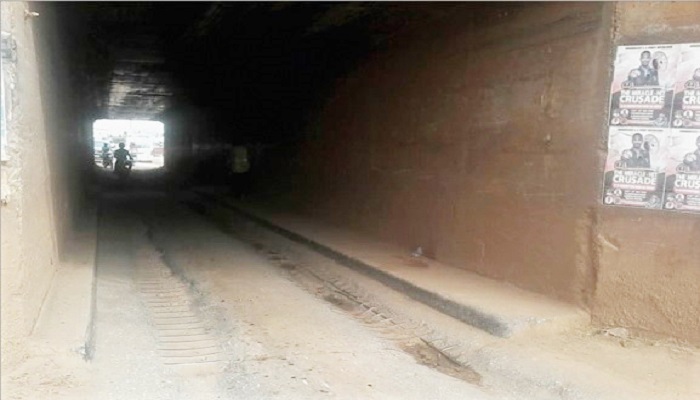 Remedial construction works on the tunnel which connects Klagon to Ashaiman at Adjei Kojo in the Tema West municipality will be executed this year and completed in two months.

The works, expected to begin in two weeks, are expected to ease the tortuous journey motorists on that route endure.

The first part of the corrective measures will involve concrete works on the base of the tunnel to seal exposed metals that impede the movement of vehicles.

This will be followed by an asphalt overlay of approaches to the tunnel as well as drainage works to channel rainwater that collects in the tunnel into a stream that flows into the Sakumono Lagoon.

Speaking to journalists last Saturday after touring the road, the Member of Parliament (MP) for Tema West, Mr Carlos Kingsley Ahenkorah, said for several years, the Ashaiman Adjei Kojo-Klagon underpass, which served over 10,000 commuters, had deteriorated without any major attention.

He explained that due to the traffic dynamics at Klagon, the underpass could not be widened like it was done for the East Legon tunnel, but rather an overpass had been planned for Klagon as a long term measure.

The Tema West MP also indicated that another bridge to connect Klagon to Community 12, as well as a 3.4-kilometer road on that same stretch, would be constructed this year.

Mr Ahenkora, who is also the Deputy Minister of Trade and Industry, expressed optimism that under President Nana Akufo-Addo’s agenda of roads this year, a number of roads in the area would be tackled to bring relief to the people.

The Maintenance Officer of the Department of Urban Roads, Mr Isaac B. Armah, on behalf of the department, expressed the hope that the remedial works on the tunnel would start within two weeks, after the necessary diversions and public announcements had been carried out.

He said when the tunnel is closed, vehicles from Ashaiman to Klagon would have to use the beach road, while those from Nungua and Sakumono towards Ashaiman would divert at Community 18 and join the motorway to continue their journey.

Mr Armah appealed to commuters and drivers to bear with the contractor to enable it to complete the works on time.