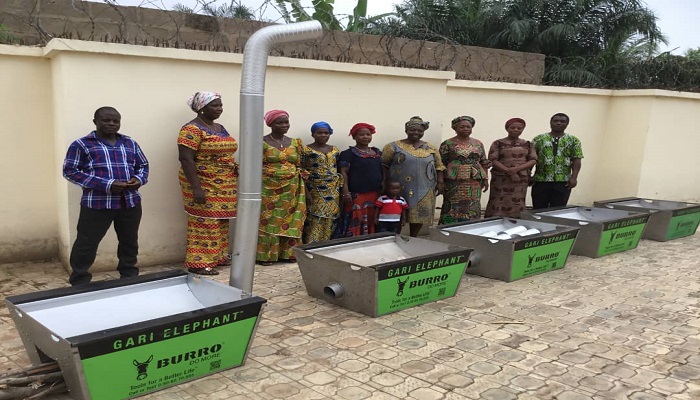 The Women’s Ministry of The Church of Pentecost, led by Mrs. Grace Lucy Yeboah-Asuama, has donated Gari processing machines to five districts in the Agormanya Area of the Church.

It was a fellow-up to a three-day working tour of the Area later last year by the Women’s Ministry Director, Mrs. Grace Lucy Yeboah-Asuama, who was accompanied by her deputy, Mrs. Margaret Osei, and Mrs. Mabel Darko, a Member of the National Executive Committee of the ministry.

The Area Head, Apostle James Gabriel Quardson, who received the processing machines on behalf of the beneficiary districts, expressed his indebtedness to the leadership of the Women’s Ministry for the timely support.

He noted that, the machines would go a long way to raise the economic standards of the women in the beneficiary districts.

Representatives of the recipient districts were taken through a period of orientation on how the machines are installed and operated.

According to homefoodsghana.com, Gari is a fine to coarse granular flour of varying texture made from cassava tubers which are cleaned after harvesting, grated, water and starch squeezed out of it, left to ferment and then fried either in palm oil or without palm oil and serves as a major staple food in West Africa. It is also called ‘Garri’ or ‘Gali’ in some parts of sub-Saharan Africa.