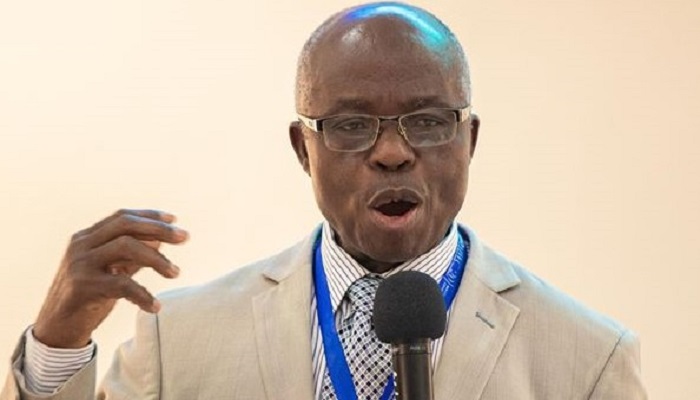 The Tema Area Head of The Church of Pentecost, Apostle Matthew Larbi Wettey has said that church leaders are God’s Generals and battle Commanders whom the Lord is using to possess the nations unto Himself.

Apostle Wettey said this on Tuesday, January 21, 2020, at the Heads’ session of the 7th edition of the Ministers and Wives’ Conference ongoing at the Pentecost Convention Centre (PCC) in Gomoa Fetteh.

Apostle Wettey revealed that “in the days of old, the fight for the salvation of God’s people was physical, however, these days the enemy is moving through the spiritual realm to diffuse evil ideas, diabolic knowledge and false thoughts to deceive people and lead many to fall from the faith.”

He added that “church leaders are, therefore, God’s Generals called to wage war against the forces of darkness to salvage lost souls back into the Kingdom of Light.”

Delivering a sermon on the topic, “God’s Generals Leading God’s Glorious Church To Possess the Nations,” based on Ephesians 5:27, 2 Samuel 10:9-12 and Acts 1:8, he explained that the New Testament church is a formidable army established to resist the powers of darkness and the gates of hell.

Drawing essential lessons from the strategic battle plans made by Joab, the Tema Area Head noted that there are three (3) basic principles every church leader should possess in the fight against the forces of evil.

He posited that the first basic principle drawn from Joab’s battle strategy is the duty of every commander to strengthen his co-commanders. “Fighting on two flanks, Joab told Abishai who was fighting on one flank that if the battle becomes too strong for him, he will come to his aid and vice versa, this is the first and most vital duty of every church leader to strengthen one another,” he revealed.

Apostle Wettey explained that if church leaders counsel, comfort, admonish and pray for each other just as Jesus did for Peter, we will save many from falling from the faith.

He further expounded that “after Joab fortified his co-commanders, he encouraged the rest of the people and made them battle-ready.” Apostle Wettey advised that “church leaders should constantly encourage their members and those who work under them.”

“Every person has a unique gift that when developed, could become a useful tool in advancing the Kingdom of God,” he posited.

Finally, Apostle Wettey indicated that “Joab handed over the battle to the Lord by stating that the Lord will do what is pleasing in His sight.” According to him, church leaders ought to surrender their plans unto the Lord through prayer. “This is a sign that the Lord is the one who will bring us the victory and as such deserves all the glory when are victorious,” he stressed.

Apostle Matthew Larbi-Wettey admonished that church leaders adopt this battle strategy used by Joab to aid in their fight against the forces of evil as they stand as God’s Generals.