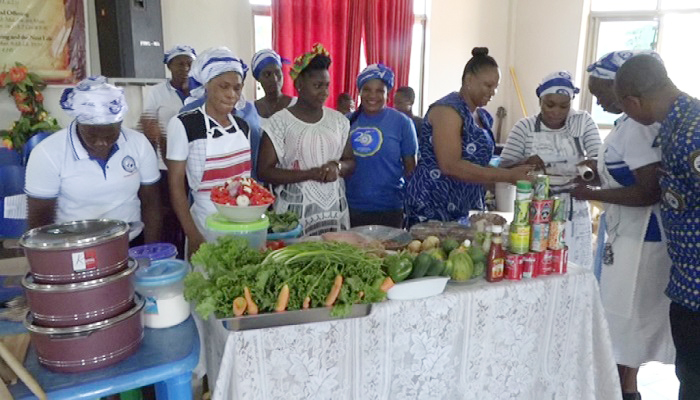 The Pentecost International Worship Centre, Wa (PIWC-Wa) has organised a cooking competition between the Men’s and Women’s Ministries.

The competition saw members from the two ministries preparing meals like Jollof rice, Tuo Zaafi, egg salad, yam dish and drinks from millet, among others.

The move was geared towards sensitising men on their roles and responsibilities at home and the need for them to partner their wives in running the home together.

The Resident Minister, Pastor Emmanuel Pasteeco Arthur, speaking at the event, stated: “I don’t actually believe that cooking is the preserve of women. God has endowed each and every one of us with the ability to do a lot of things, so if women can cook men can also cook; if women can sweep, men should be able to sweep; if they can wash, we can wash too; it is a home for the two of us to keep.”

He stated the need for men to possess their homes and not relegate those responsibilities to women alone to ensure the effective running of the home.

“Previously, women were just housewives but today, women work so men cannot continue to burden them with the responsibilities of keeping the home alone, it does not glorify God,” he stated, adding, “It is a home for the two of you so the practice where the woman is left to do everything – from washing, cooking to cleaning- is not a healthy practise and must be nipped in the bud.”

Pastor Arthur encouraged men to support their wives so as to build a happy home together.

At the end of the competition, the women were adjudged winners.