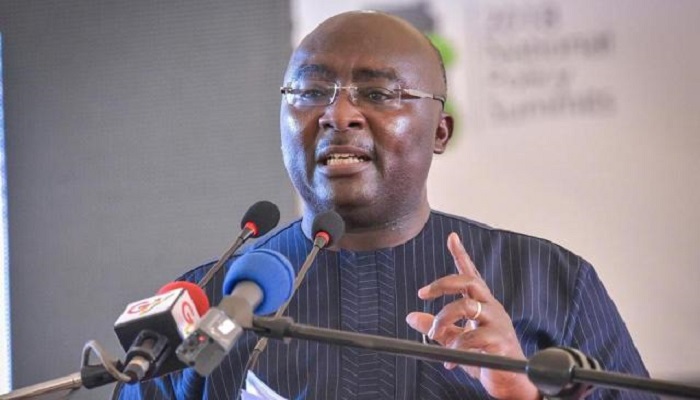 The Vice President of Ghana, Dr. Mahamudu Bawumia, has lauded The Church of Pentecost for its valuable contribution to the government’s efforts to ensuring cost-effective and value for money in the construction of governmental projects.

Dr. Mahamudu Bawumia, who was speaking at the maiden Economic Management Team (EMT) Town Hall Meeting in Accra on Wednesday, April 3, 2019, acknowledged The Church of Pentecost for the useful recommendations the Church gave to the Economic Management Team that has led to some reforms in the award and construction of government projects such as roads, hospitals, and schools, aimed at reducing cost and ensuring efficient use of state funds.

Responding to a question on the possibility of having a religious representation on the Economic Management Team, the Vice President stated that the team makes conscious efforts to engage and solicit the views of faith-based organisations, and cited The Church of Pentecost’s valuable contribution to the “Value For Money” Conference organised by the Economic Management Team last year.

According to the Vice President, the government engaged The Church of Pentecost and other stakeholders to recommend some prudent ways by which the Government of Ghana could construct projects at lower cost, higher quality and get value for money.

“In one of the sessions of the Economic Management Team (EMT), we put together a team to look at how the government can standardize the cost for the construction of schools, hospitals and roads.

“We were looking for institutions that were able to get value for money in the construction of buildings, so we invited The Church of Pentecost to come in and share with the team because the Church seemed to complete a lot of buildings without spending too much money.

“The Church of Pentecost came in and gave the EMT very good inputs. The Senior Minister, Hon. Yaw Osafo Marfo, who led the “Value for Money” committee has finished the work with the inputs; and very soon the government will be announcing standard buildings for schools and hospitals across the country so that we can be able to bring down the cost of construction in the country.

“This goes to show that faith-based organisations have a lot to contribute to national development and we will keep engaging and listening to them,” he said.

The Minister for Finance, Hon. Ken Ofori Atta, on his part, also reiterated that it was essential for the government to forge stronger relations with faith-based organisations to ensure national development and prosperity.

“We take religious views very seriously because they form over 90% of the country’s population and at no point in time would we undervalue that relationship. In fact, the Advisory Board at the Finance Ministry has representation from religious bodies,” he said.

It may be recalled that on June 25, 2018, the General Secretary of The Church of Pentecost, Apostle Alexander Nana Yaw Kumi-Larbi, presented a paper titled: “Value For Money In School Construction: The Church of Pentecost’s Experience With Constructing Cost-Effective Schools In Ghana” at the “Value for Money” conference held in Accra. He was accompanied by the immediate past Estate Manager of the Church, Pastor Dr. Joseph I.T. Buertey (now PIWC-Asokwa Resident Minister).