US Speaker To Address Ghana’s Parliament 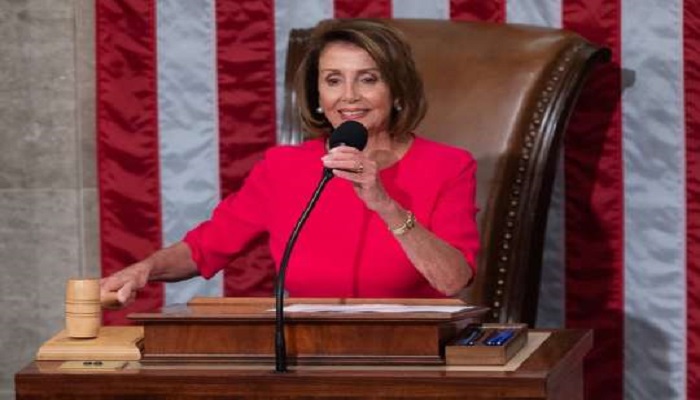 US Speaker To Address Ghana’s Parliament

Nancy Patricia Pelosi, the Speaker of the United States House of Representative is expected to address Ghana’s Parliament next week Wednesday, 31st July, 2019.

The former California Representative will be part of an entourage of US lawmakers to visit Ghana next week before parliament goes on break on Friday, August 2, 2019.

He, therefore, urged Members of Parliament (MPs) to be punctual to grant audience to the United States, House Speaker.

As Speaker of the House, Pelosi is second in the presidential line of succession, immediately after the Vice President.

Mr Kyei-Mensah-Bonsu also announced that the Minister of Finance, Ken Ofori-Attah would present the Mid-Year Review of the Budget Statement and Economic Policy of government for the 2019 financial year on Monday, July 29, 2019.

He said the debate on the motion is scheduled for Tuesday, July 30, 2019, and is expected to conclude the same day.

He, therefore, urged members to accordingly prepare for a meaningful debate on that day.