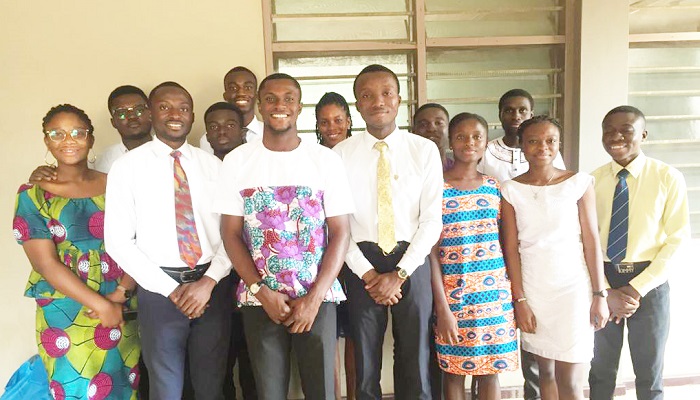 The leadership of the Pentecost Students and Associates (PENSA) of the University of Energy and Natural Resources (UENR) in Sunyani, on February 9, 2020, paid a courtesy call on the President of the university’s Students Representative Council (SRC), H. E. Joseph Adomako Junior.

The SRC President, who is a PENSA member, shared his life story with the PENSA executives.

Commenting on the church’s Vision 2023 of ‘Possessing the Nations’ by transforming every sphere of society with godly values and principles, Mr. Adomako Jnr. challenged the PENSA executives to show the way by demonstrating decent leadership devoid of animosity.

He called on them to exhibit a high level of patriotism by praying for the welfare of the University every time they meet as a church. He also urged them to be good students by eschewing vices that do not promote the development of the University.

He, therefore, called on the PENSA executives to help end the antagonistic student politics on campus which, according to him, is derailing the development of the SRC.

The PENSA President, Mr. Elvis Bani, on his part, shared some stories of the Bible on how Jesus Christ diligently trod the earth and accomplished the purpose of His coming even though there were strong opposing forces. He commended the SRC President for his good work and vision for the student body.

The SRC President accepted a proposal by the PENSA Executives to collaborate with the SRC to roll out an Environmental Care Campaign at the University to sensitise members of the University community about cleanliness.

The PENSA Executives prayed for the SRC President for a successful administration.