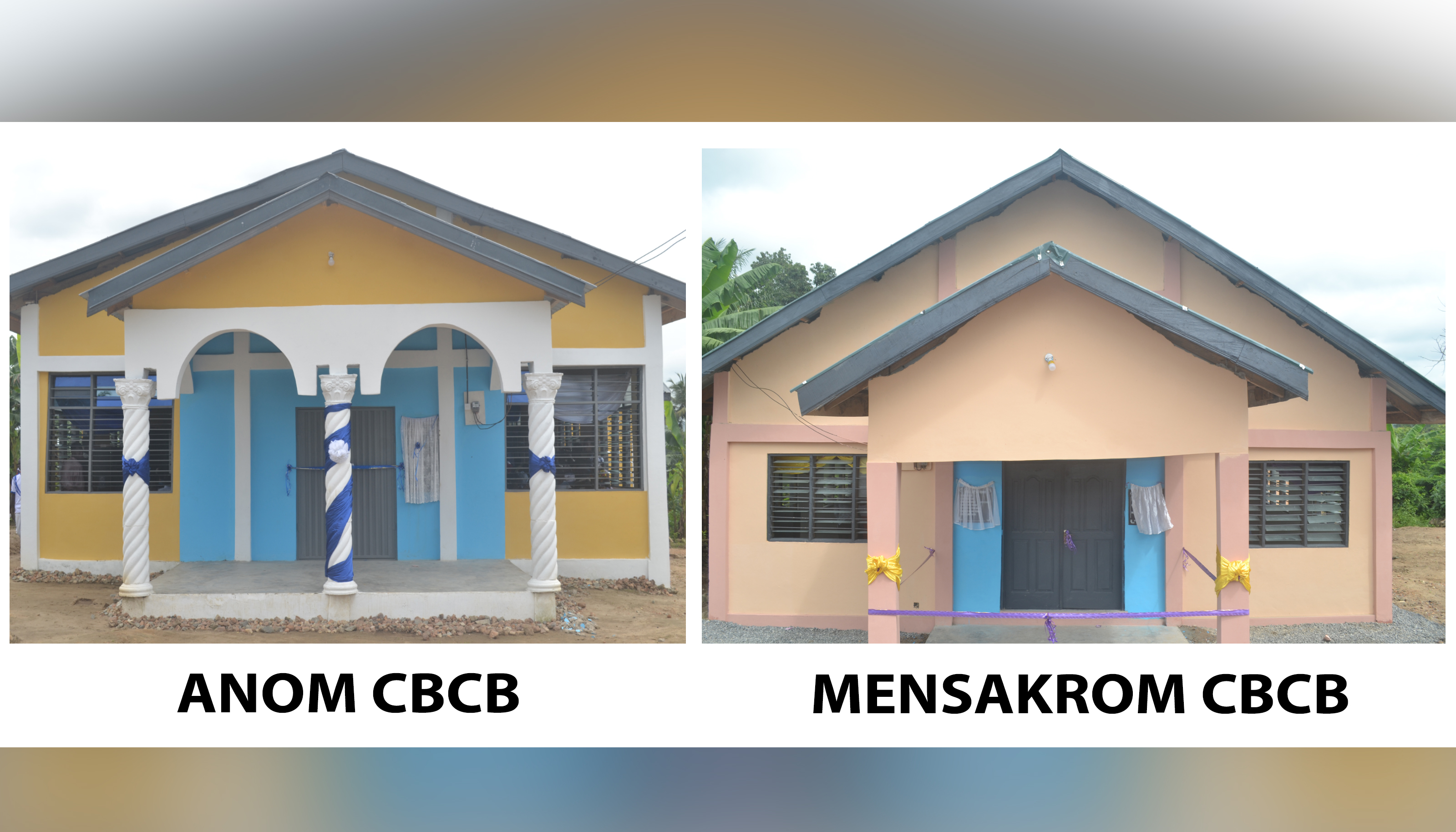 Newly built Community-Based Church Buildings (CBCBs) at Anom and Mensakrom in Asuboi District in the Suhum Area of The Church of Pentecost have been dedicated.

The dedication services, which took place on Sunday, October 27, 2019, was officiated by the Suhum Area Head, Apostle Anthony Eghan Kwesi Ekuban, assisted by the Asuboi District Minister, Pastor Michaiah Amponsah Edusei, and other ministers in the Area.

Anom assembly was carved out of Asuboi assembly in 1984 by the then district minister, Pastor B. K. Authur (now of blessed memory who later became an Apostle and an International Missions Director of the Church). The land for the project was acquired in 2011 at the cost of GH¢ 100.00.

Mensakrom assembly, on the other hand, was created after a district rally held in the town in 2011 under the leadership of the then district minister, Pastor Kofi Boateng. The land for the project was bought in 2013 at the cost of GH¢ 800.00.

In a sermon, Apostle Anthony Eghan Kwesi Ekuban asserted that God does not live in physical temples but rather in the hearts of men.

Speaking on the topic, “You are God’s Temple” (2 Chronicles 6:18 and John 4:24) at Mensakrom, Apostle Ekuban noted that dedication of church buildings should remind Christians of the need to re-dedicate their lives to Christ. “We need to acknowledge that we are God’s temple carrying His presence everywhere we go,” he said.

He indicated that when people come to church with predicaments, they should go home being refreshed, and that should be the essence of a church.

To the amazement of the church and the townfolks, the Chief of Mensakrom, Nana Samuel Ntow I, who had been sick for almost a week, received instant healing in the course of the church service.