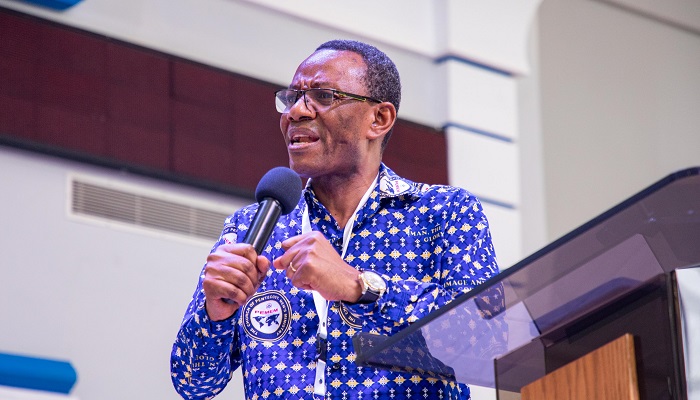 The General Secretary of The Church of Pentecost, Apostle Alexander Nana Yaw Kumi-Larbi, has advised Christians to live above reproach at the workplace.

Speaking on the topic: “Translating Faith Into Action At The Marketplace,” the General Secretary emphasized that anyone who accepts Christ becomes a new creation and must therefore live as a new person in Christ. “This means that God recreates you, and not just polishes you,” he said.

He also noted that Christians must know that Christianity is not a religion or an association, but a lifestyle which emanates from an encounter with God.

The General Secretary cited Daniel, whom the Bible describes a man with an excellent spirit (Daniel 1:3-4), as an example of an individual who demonstrated godly character at the workplace.

He noted that Daniel was faithful and blameless in all his endeavours and that distinguished him from the other officials.

Apostle Kumi-Larbi also said that, just like Daniel, Christians who try to be honest, diligent and faithful at the workplace may face persecution but they should always uphold their Christian virtues to dispel corruption at the workplace.

“Christians who do not partake in wrongdoing may face persecution. However, God knows why he has placed you there, so accept the challenge!” he said.

The General Secretary said that it was important for Christians to be pure and blameless at the workplace because they spend most of the day there.

He, therefore, urged Christians to be disciplined and to live above reproach. “Our comfort should not compromise rules. Rather, let those around you to see you as the Light of the World and the Salt of the Earth,” he said.

Apostle Kumi-Larbi explained that most Christians are unable to apply their Christian virtues at the workplace because they seek acceptance from their colleagues and employers.

“The tragedy today is that Christians do not know the true meaning of separation, they seek acceptance. They do not appreciate the wisdom that they should not be yoked with unbelievers. We must be separated in character and deed, for a good name is better than riches” he said.

He advised Christians to hold fast to their Christian identity and not to compromise their virtues so as to fit in. He encouraged them to emulate Daniel, Meshach, Shadrach and Abednego, who did not compromise on their Jewish identity when they were taken to Babylon as slaves.

He also advised employers to treat their employees fairly (Deuteronomy 24:13-15) by consistently paying the agreed salary or remuneration, providing a safe working environment for workers and also providing adequate resources to enable them to work effectively.