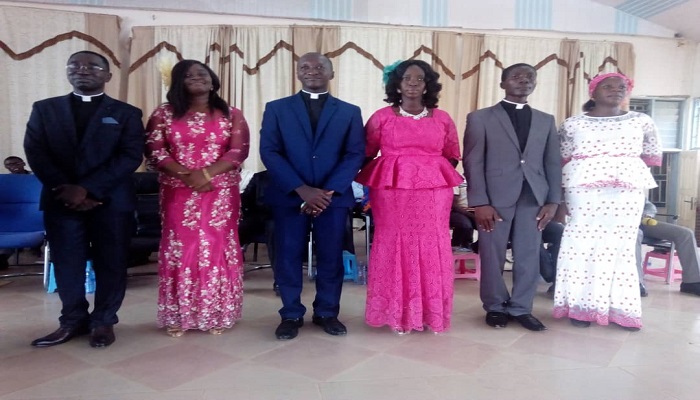 Three overseers in the Asankrangwa Area of The Church of Pentecost have been ordained into the Pastorate at a ceremony held at the Asankrangwa Central Assembly on Friday, June 7, 2019.

The three ministers were called into the Pastorate during the 16th Extraordinary Council Meeting held recently at the Pentecost Convention Centre, Gomoa Fetteh.

The Asankrangwa Area Head, Apostle Robert Christian Ackon, who officiated the ordination service, in an exhortation reminded the ministers that they have been called into the pastorate at a very challenging time- a time where there are more preachers of the gospel of Christ than doers of the gospel message; and a time where sin is on the increase.

Apostle Ackon charged the ministers to defend and protect the doctrines of the church, obey and implement all church policies to the letter.

Reading from 1 Corinthians 12:4-7 and Ephesians 4:11-12, the Area Head explained the diverse gifts and callings available to all for the benefit of the church.

The programme was held during the second session of the National Discipleship and Leadership Development Committee Area Training for Bible Study and Home Cell Leaders.

The ceremony was well attended by ministers and their wives in the Area and members of the church.