“The Mission Of The Church Is To Possess The Nations” – Apostle Dr. Ofori

Home - News - “The Mission Of The Church Is To Possess The Nations” – Apostle Dr. Ofori 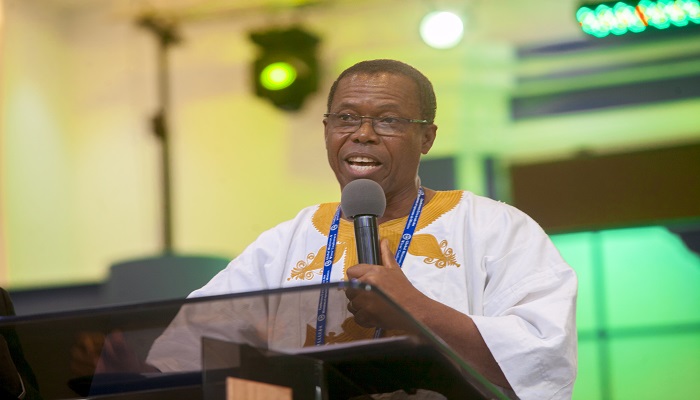 “The Mission Of The Church Is To Possess The Nations” – Apostle Dr. Ofori

The Director of Ministerial Formation and Training at the Pentecost Theological Seminary, Apostle Dr. Samuel Ofori, has intimated that, the mission of the Church is to possess the nations.

Speaking on the topic, “The Mission of the Church,” Apostle Dr. Ofori gave exegesis on how sin entered the world. He stated that sin entered into the world through disobedience of humanity to the word of God and their doubtful attitude of God’s goodness.

He further said that, sin which emanated from the Garden of Eden led to the suffering of humanity as well as trees, animals and water bodies. He explained from Genesis 3:7 that, just after the fall, Adam and Eve sewed fig leaves and used it as covering for themselves. This, he explained, was the beginning of the destruction of the environment which is the creation of God.

Using Romans 8:22, the theologian explained that sin has led to the perpetuation of all kinds of evil in society, and that not only are human beings waiting for the redemption of God but trees, animals, water bodies and the earth which have been overly exploited.

Apostle Dr. Samuel Ofori added that, God’s call to Abraham was a missionary call- an agenda to use His servants as agents of transformation. This, he said, culminated into the choice of Israel as a model of redemptive nation who were to change the worldviews of humans from polytheism to monotheism (Deuteronomy 6:4) and to cause humanity to be obedient to God’s word.

He espoused further that, since Israel was frail in carrying God’s agenda, God has made the Gospel the main tool of Mission. “The Gospel is God’s main tool to Mission. God’s Mission is therefore to redeem man as well as creation,” he said.

He concluded that, through the gospel the church has become the Mission of God in the transformation agenda. He said the church does this through its dual purpose; first as a people called by God and then sent out as God’s agents of transformation in all spheres of society.

He entreated the church public to open up to God to be used as agents of transformation. He recalled how the head of Internal Revenue of Uganda who is a Christian caused a change in the economic fortune of the nation by abhorring corruption in the sector. He, therefore, stated that Christians can do exploits for God in possessing the nations’ agenda of the Church.

Earlier, the Abuakwa Area Head, Apostle Emmanuel Osei Ofosu, in his opening address, called on the participants to diligently apply lessons learnt at the event in their local assemblies and their daily lives. He also encouraged them to attend all sessions of the programme.