The Gospel Is The Glory Of God – Apostle James Raj 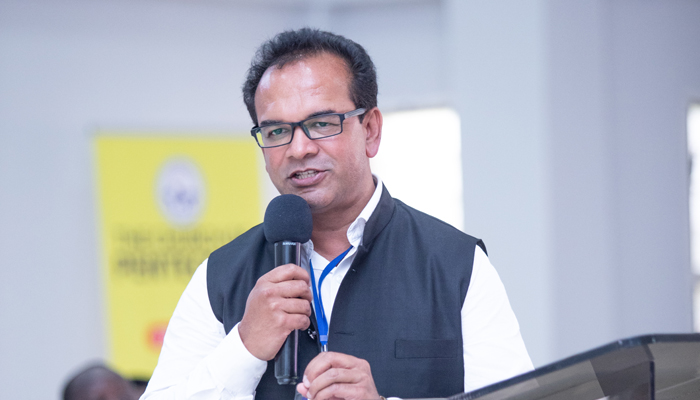 The Gospel Is The Glory Of God – Apostle James Raj

The National Head of The Church of Pentecost in India, Apostle James Raj, has stated that the glory of God has been manifested to the world through Jesus Christ, and that anyone who accepts the gospel message of Christ receives the glory of God.

Delivering the sermon on Monday, May 6, 2019, at the Heads’ Session of the 16th Extraordinary Council Meetings of The Church of Pentecost at the Pentecost Convention Centre at Gomoa Fetteh, Apostle Raj said the glory of God which man was deprived of following the disobedience of the Adam, has now been revealed in Jesus, God’s only Son who died for the salvation of humanity.

He explained that Eve took the forbidden fruit and gave some to the man to eat and thereafter saw themselves to be naked, thereby losing their glory and rulership and were subsequently thrown out of the garden.

Apostle Raj indicated that after man was deprived of the glory of God, it took a very long time before it reappeared again, but this time round to the Israelites on Mount Sinai (Exodus 24:16).

He noted that the glory of God carries power. This, he said, was better experienced by the Philistines who, when they took possession of the Ark after defeating the Israelites, were cursed by God as He brought devastation on them and afflicted them with tumours (1 Samuel 5:1-12).

According to Apostle James Raj, the glory of the Lord, which reappeared to humanity through the coming of Jesus Christ, has been made available to all who believe in the Lord Jesus. “The same glory of Jesus is in us today. We are the priests and kings and we are here to possess the land and the nations and rule,” he mentioned.

Quoting from Ephesians 1:20-23, he said those who have received the gospel of Christ equally have power and authority over the devil.