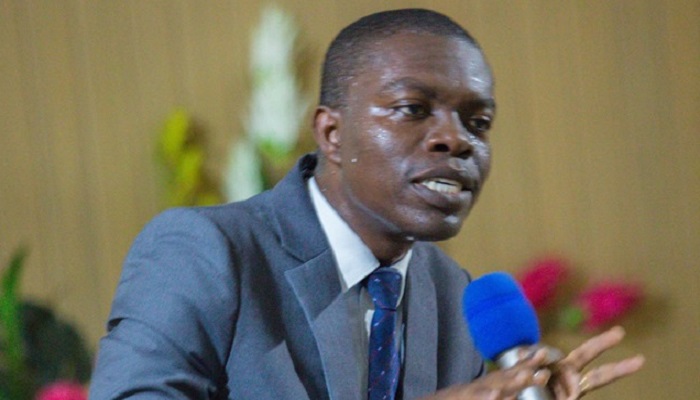 Pastor Kwasi Asante Annor, the General Manager of PENT TV and Resident Minister of E.D. Aninkorah Worship Centre, has advised Christians to seek the favour of God because it is able to restore anything they might have lost in life.

According to him, the favour of God is the compass that locates a person at the backside of the desert and brings them into the limelight.

Pastor Kwasi Asante Annor said this on May 13, 2019, during the opening of this year’s flagship programme of Born Again Worship Centre dubbed “Favour Conference.”

Speaking on the main theme of the event “Highly Favoured” based on 2 Samuel 9:1-15, Pastor Asante Annor narrated how the favour of God located Jonathan’s son, Mephibosheth, and restored him to his royal position.

In his sermon, he noted that although Mephibosheth was from the royal lineage, he lost his privileged status after the death of his grandfather Saul and father, Jonathan. Mephibosheth’s fortunes once again turned for the worse when he fell down and became incapacitated as a little child, he said.

As a result of this, Pastor Annor explained, Mephibosheth was relegated to the background and lived a quiet and wretched life away from the palace or royalty. However, in due time, God remembered him and, through King David, He turned his life around.

The PENT TV General Manager advised Christians to take inspiration from the story of Mephibosheth and always believe that God will never forget them.

“No matter what the situation may be, fear not, for He who is in you is greater than anything in this world,” he said.

Pastor Annor further noted that, apart from bringing restoration, the favour of God also transforms the ordinary into extraordinary, adding that: “The favour of God makes you achieve things that you cannot achieve by your own strength.”

Pastor Kwasi Asante Annor concluded his message by urging Christians to remain steadfast in prayer and trust that in due time the compass of God’s favour would locate and restore them.

This year’s Favour Conference was held from Monday, May 13 to Sunday, May 18, 2019. Other speakers for the event were: Apostle Emmanuel Bekoe (National Head, Uganda), Pastor Felix Okyere Anti (Administrative Secretary to the General Secretary), and the host minister, Pastor Isaac Annor.