The Church Must Give Life To The Nations – Chairman

Home - News - The Church Must Give Life To The Nations – Chairman 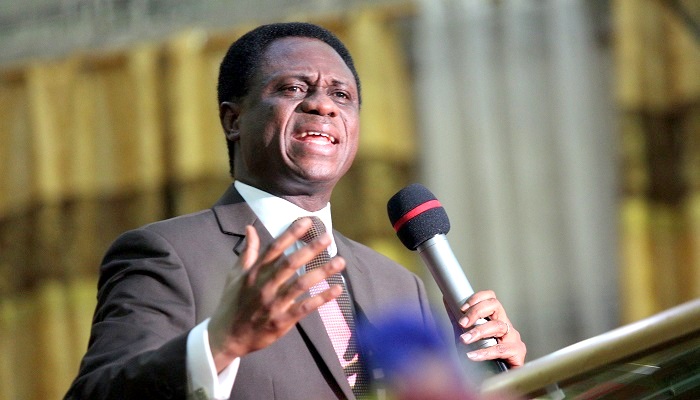 The Church Must Give Life To The Nations – Chairman

The Chairman of The Church of Pentecost, Apostle Eric Nyamekye, has said that what distinguishes the Church from all other groups is the Holy Spirit, which is the life of the Church.

According to him, without the Holy Spirit, the Church would be rendered lifeless and could be likened to any other professional group or association.

Apostle Eric Nyamekye said this on Friday, February 15, 2019, during the climax of the Apostolisation Retreat of the Kintampo Area at the Kintampo Central Assembly auditorium.

Speaking on the topic: “The Life of the Church,” the Chairman observed with concern how the proliferation of Churches in the country has not positively impacted the citizenry.

Quoting Proverbs 14:34, he emphasized that “Churches do not exalt nations, rather it is righteousness that exalts a nation.”

Apostle Eric Nyamekye stated that the Church must, therefore, give life to the nations by permeating every sphere of life with Kingdom principles and values.

The Chairman also advised Church leaders to cultivate the presence of God through prayer, fasting and the study of God’s word, and carry the Lord’s presence along with them to their Church meetings.

According to him, it is only when the active presence of God is felt during church meetings that those who attend church services would have a true encounter with God and experience the joy of the Lord that overwhelms all life’s problems, thereby going back home fulfilled.

“When the Holy Spirit is active in the Church, the Church becomes an extension of the Kingdom of God where He reigns in the midst of the people,” he said.

The Chairman, therefore, urged church leaders to always to commit to preaching the unadulterated word of God, engage in fervent prayer and avail themselves to the leadings of the Holy Spirit.

The 2019 Kintampo Area Officers’ Retreat (Apostolisation), which was held from Wednesday, February 13 to Friday, February 15, was hosted by Apostle Gideon Obeng-Darko Debrah (Kintampo Area Head). The speakers for the event were: Pastor Paul Danso (Dean of Studies, Pentecost University College) and Deaconess Margaret Osei (Deputy Women’s Director). The event was attended by the pastorate and officers in the Kintampo Area.