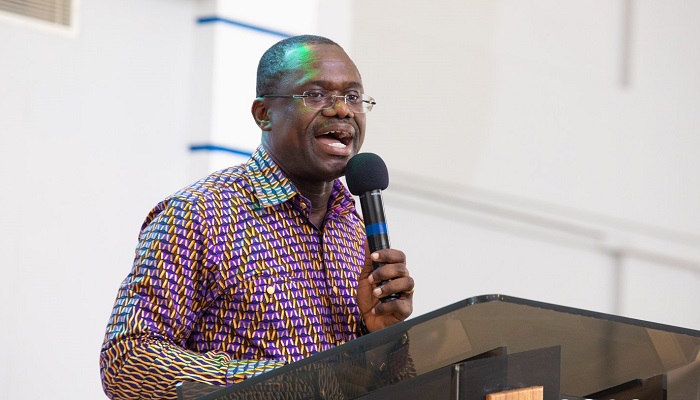 The Presiding Elder of the Pentecost International Worship Centre, Graceland (PIWC-Graceland), Elder Dr. Joseph Siaw Agyepong, has said that the Bible is an excellent financial advisor.

According to him, the Word of God contains all that one needs to obtain the vast riches of God.

Dr. Siaw Agyepong, who is also the Executive Chairman of Jospong Group of Companies, said this on Friday, June 7, 2019, when he delivered a sermon titled “Generational Blessings” at the Pentecost International Worship Centre, Sakumono (PIWC-Sakumono).

In his sermon, Elder Siaw Agyepong indicated that God is a jealous God and He does not share His glory with anyone, hence Christians should not allow money to become an obstacle between them and Him.

He further stated that people who contribute generously towards the advancement of the Kingdom of God receive heavenly recognition for their benevolent deeds.

“Some have their names in the heavenly archives while others have terminated theirs because they do not contribute to the kingdom of God,” he emphasized.

Reading from Luke 16:3, Elder Dr. Siaw Agyepong noted that “no one can serve two masters; since God and money are both masters, we can’t love money and love God, we have to choose one.”

According to him, Christians ought to be very careful about the love for money because it could easily sway them from the faith, explaining that: “Money can mislead you to a path of death and destruction.”

Elder Dr. Siaw Agyepong, however, noted that it is the responsibility of every Christian to offer in support of the Kingdom Business. He cautioned that if believers of the contemporary generation fail to offer their resources to support God’s ministry on earth, they would miss out on their divine blessings.

“It is time for this generation to rise up and give towards the advancement of the Kingdom of God, if we do not, another generation will come and take our blessings,” he charged.

Elder Dr. Siaw Agyepong also added that God preserves the generation of those whom He blesses and that obedience to the word of God is the key to wealth.

He also revealed that statistics have shown that 57% of the richest people in the world profess to be Christians; an indication that it is God who causes people to prosper.

Elder Dr. Siaw Agyepong concluded by saying that the blessing of God makes one rich without any struggle or sorrow (Proverbs 10:22).