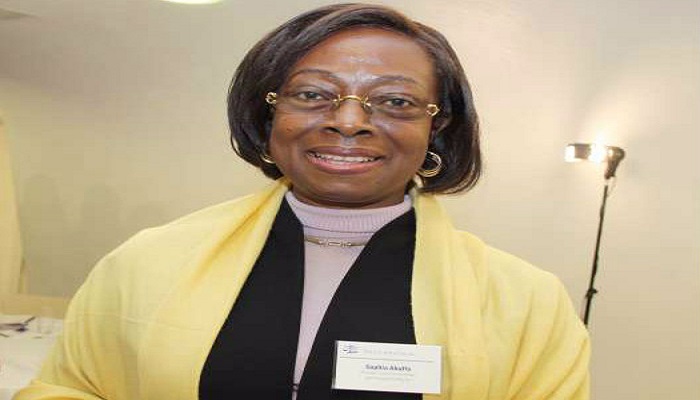 A thanksgiving service was held yesterday at the Kaneshie Presbyterian Church in Accra in honour of the Chief Justice (CJ), Justice Sophia Abena Boafoa Akuffo, ahead of her retirement from her position in December 2019.

The well-attended church service was organised by the General Council of the Ghana Bar Association (GBA) and attracted the leadership and members of the association and a number of prominent personalities from the judicial service, the business community, senior journalists, ministers of state, the clergy, family and friends of Justice Akuffo.

It was a befitting homecoming and farewell for Justice Akuffo, as she returned to the Kaneshie Presby Church where she started as a young girl with her siblings when her late father, Reverend Frederick William K. Akuffo, was the Minister there from 1956 to 1960. It was also the same venue for her thanksgiving service when she assumed office as the CJ.

Initially, she smiled and acknowledged the joy of her guests who danced to the music that was sang during the praise and worship session, but she eventually lifted her hands and joined in the dance when a group, Young Chorale, rendered medleys.

Justice Akuffo was called to the Ghana Bar on October 2, 1975 and rose to become the longest-serving justice of the Supreme Court, after being appointed by President Jerry John Rawlings on November 30, 1995.

She became the 13th Chief Justice of Ghana following her nomination by President Nana Addo Dankwa Akufo-Addo on May 11, 2017. She was subsequently approved by Parliament and sworn in by the President on June 19, 2017.

She became the 13th Chief Justice of Ghana and the 24th CJ from the Gold Coast era.

A citation by the GBA outlined the achievements of the Chief Justice.

Key among them are her delivery of landmark judgments which helped to develop and expand the frontiers of the law and presiding over a number of celebrated cases.

As Chief Justice, she worked to strengthen the rule of law and the speedy delivery of justice by implementing the e-justice system and issued a practice direction in respect of the determination of bail and consequential matters in criminal cases.

She also spearheaded the recourse to Alternative Dispute Resolution (ADR) as an alternative to the adversarial system.

Justice Akuffo also served the Judiciary of Ghana and the African Union on a number of boards, commissions and committees which enabled the progress of the legal profession and provided long-standing contributions in advancing the scope of judicial and legal education institutions.

Being the only Chief Justice who has visited all court rooms in Ghana, she initiated the closure of dilapidated court structures to ensure that places of justice delivery in the country were dignified.

She is also praised for her strong advocacy with respect to upholding and maintaining standards, professional ethics, dignity and integrity in the legal profession.

“As a judge of over two decades, and presently the longest-serving justice of the Supreme Court, you have served your country well,” a portion of the citation read.