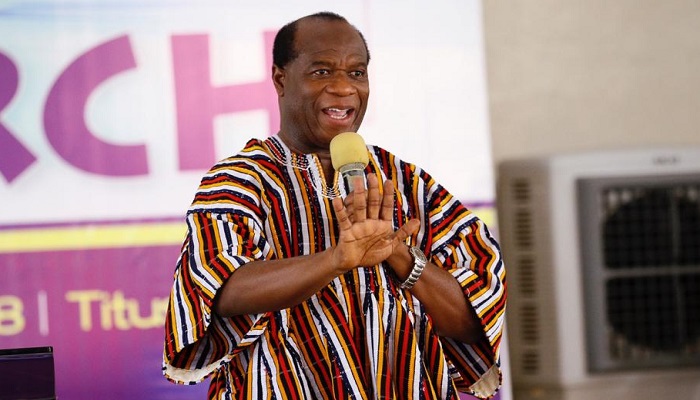 The Teshie-Nungua Area of The Church of Pentecost on Saturday, April 6, 2019, held its second Leaders’ Bible School at the Fred Stephen Safo Memorial Temple, Nungua Nshorna.

The school was initiated by the Area Head, Apostle Dr. Alfred Koduah, in March 2019 as part of the Area’s vision to equip leaders, members and other individuals to fully understand the teachings of the Bible in order to possess the nations.

In his address, Apostle Dr. Koduah explained the need for contemporary Christians to have an in-depth understanding of the Bible.

He outlined three key reasons why Christians should understand what the Bible really teaches.

Firstly, he said, because everything is being questioned in this generation, it is necessary for Christians to first of all understand what they do and teach.

Secondly, he said, the numerous false teachings and practices being propounded within sections of Christianity require that Christians fully understand what the Bible teaches to be able to respond appropriately.

“Thirdly, the continuous socio-cultural changes taking place around us demand that Christians understand what is going on around them in order to be able to communicate the unchanging metanarratives of the gospel in the fast changing world without compromising the core values of the Christian faith,” he added.

Apostle Dr. Alfred Koduah explained that the Old Testament history ends with Malachi’s message concerning superficial religion, which the people were practicing. “God became silent to His people for 400 years.”

According to him, this period is theologically referred to as “The inter-testamental period.” He said religious parties such as the Pharisees, Sadducees, and Essenes among others became prominent during this period of divine silence.

The Apocrypha, he said, was written during the inter-testamental period under false names to imitate Scripture. “At the Council of Trent in 1546 AD, the Roman Catholic Church accepted those Books as divinely inspired, however, the Protestants, rejected the Apocrypha as part of the cannon of Scripture for among other reasons that they were written in the 400 years between Malachi and John the Baptist when there were no inspired prophetic utterances,” he pointed out.

He also said the Books contain many historical, geographical and chronological errors, at a time contradicting themselves, the Bible and history.

Apostle Dr. Koduah who is also a Lecturer at the Pentecost Theological Seminary stated that after the death, resurrection, and ascension of Jesus Christ, Mathew, Mark, Luke and John were inspired to write the gospels with different emphasis and target groups.

He said sometimes people are tempted to question whether Matthew, Mark and Luke compared notes before writing, or got their information from the same sources.

“The possible answers are that the use of oral tradition had made the stories about Jesus become common knowledge and so the writers knew about them. These oral traditions may account for the few differences in the writings.”

Apostle Dr. Koduah indicated that these seemingly inconsistencies are indications that the gospel writers did not connive to write stories for us. “As the Gospels were written about 50 years after the death of Christ Jesus, some of the stories would surely suffer discrepancies in details. The good news is that the main stories that have been kept for us are enough to save us,” he stressed.

The first Bible school was held on March 2, 2019 and the topic treated was, “Challenges confronting the church today.”