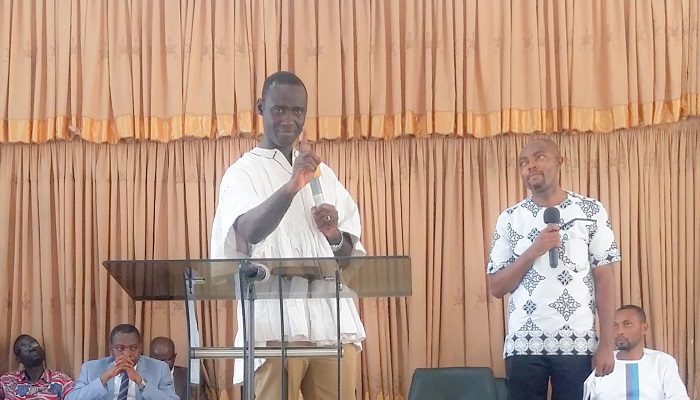 The Pentecost International Worship Centre (PIWC), Tarkwa in collaboration with the University of Mines and Technology (UMaT), has converted its Second Service into a bilingual one, which will be run alongside with French.

Speaking on Sunday, February 24, 2019, the Resident Minister of PIWC-Tarkwa, Pastor Charles Nyarko, commended the leadership of the Church in the district and the University community for the initiative. He said that to possess the nations, the church must bear with one another.

He stressed the need for the Church to give some reasonable allowance to allow other people groups to also worship the One True God. He stated that Gentiles are to rejoice and praise God with His people (Romans 15:10).

Pastor Nyarko however cautioned members of the church not to put up behaviours that will drive away the French people and other nationals who worship with them. He reiterated that the PIWC concept as conceived by the leadership of the Church is more missiological.

Dr. Richard Amorin, the University Chaplain, who represented the Vice Chancellor of the University, Prof J. S. Y. Kumah, underscored that the novelty is a new beginning for the university in her quest to impact knowledge, truth and excellence to her students.

The committee that crafted the modalities for the novelty appealed to the leadership of PIWC-Tarkwa to help sustain the initiative.

Out of the 77 people who attended the maiden service, 16 were French nationals with 12 studying at the University.