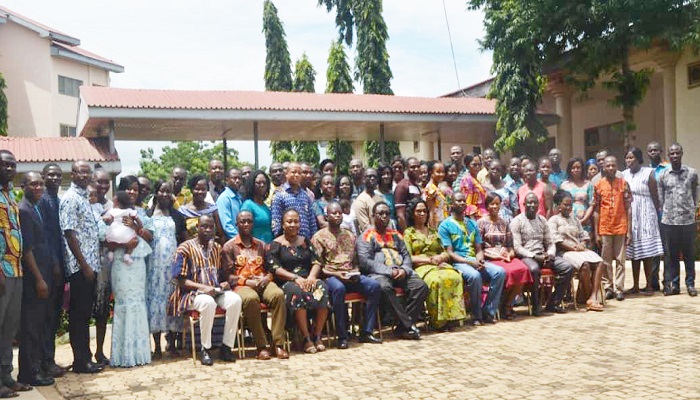 The Tamale Area of The Church of Pentecost has ended a 5-day residential retreat for ministers and their wives in the Area.

The retreat, which took place at the University of Development Studies (UDS) International Conference Centre in Tamale, began on Tuesday, September 17, and ended on Saturday, September 21, 2019.

Speaking at the opening session on the topic, “Relationship,” the Area Head, Apostle Isaac Nii Kotei Djani, who also doubles as an Executive Council Member of the Church, said that there is no coincidence in life and that things must not be taken for granted.

Making reference to Luke 6:31, he said that life and relationships are reciprocal so ministers of the Gospel must be conscious and intentional in their effort to building relationships with the people.

Apostle Kotei Djani admonished them to respect one another and maintain brotherliness, saying, “Relationships are made, but it takes effort to build them.”

Also reading from Romans 12:17-21, the Tamale Area Head said that in every relationship it is always good to swallow one’s pain than to wallow in it because human beings have authority over anything they swallow.

He continued that the ministers are not in ministry to compete among themselves but to complement one another. He, therefore, charged them to be protectors of one another and to help in building each other’s up. Such relationships, he said, are built through intentional and conscious visitation. “Do not let the relationships be lopsided and discriminatory,” he advised.

Apostle Kotei Djani charged ministers to be intentional in planting themselves in the people that God brings to them in their ministerial journey. “Be there for one another, and cover one another, for it is a godly virtue to live well with people,” he added.

He admonished them to impart, encourage and support one another because when a minister fails to build a good relationship, they would bow in shame to the same people in the future.

Various topics treated during the retreat included, “Why are you in ministry?” “God’s person for building the church” and “The church that Jesus is building.”

The special speaker, Pastor Dr Nicholas Darko (Finance and Administration Director of the Church), also spoke on the topic, “Let the leadership in you work for you.” He shared some financial policies of the Church with them.