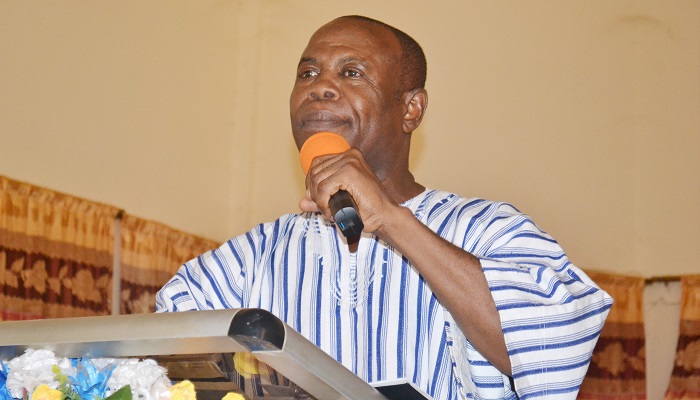 The launch, which was well attended by the church members and ministers in the Area, was held at the Suhum Central Assembly auditorium.

In his keynote address, Apostle Ekuban explained that the “One Member, One Discipled Soul” project is part of the church’s ‘Possessing the Nations’ agenda. “The project is about telling the world to come to the saving knowledge of Christ,” he added.

He urged the members to be committed to the project.

Giving the overview of the launch, the Area Evangelism Ministry Leader and Adoagyiri District Minister, Pastor William Tetteh Wayoe, said that the church is tasked with the evangelism of all nations and that it is the duty of every Christian to be involved in soul-winning.

Pastor Wayoe expounded that it is not enough to just preach the gospel to the unsaved, but rather win, nurture and integrate them into the body of Christ.

Touching on the urgency of the project, Pastor Wayoe mentioned that out of the over 7 billion people in the world, 105 die in every minute, 6,316 die every hour, 151,600 die every day, with the majority being unbelievers. He added that about 44,000 people die every day without hearing the gospel. He urged Christians to preach Christ to the world.

Delivering the sermon titled “Personal and Aggressive Evangelism” with 1 Corinthians 9:19-23 as Bible text, Pastor Jacob Coffie Agbesi, the district minister of Kibi, reiterated that soul winning is a command from God which should not be done at one’s leisure but at all times.

Using fishing, as an illustration, Pastor Agbesi said that fishes do not go to fishermen during harvest but fishermen rather go to the sea for the fish. “Christians as fishers of men are to go to the world and preach Christ to the unsaved,” he stressed.

He, therefore, entreated Christians to be involved in aggressive evangelism.