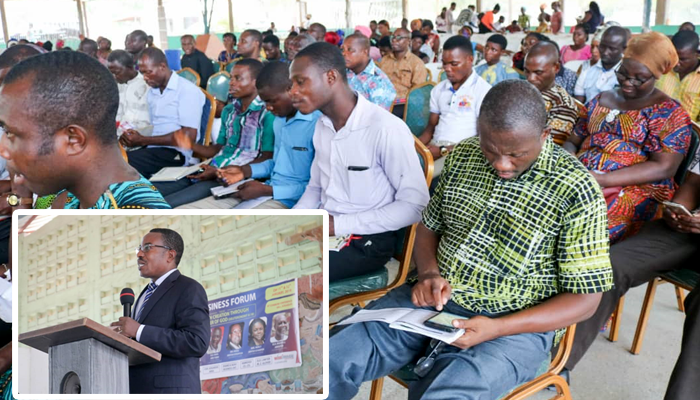 The Sogakope Area of The Church of Pentecost has organised Business Seminar to equip business people on creating wealth through the power of God.

Quoting from Genesis 1: 26-28, he said there are three realms (the sea, air, and land) that people can create wealth from. He therefore admonished the participants to depend on God for revelation to create wealth.

“Creating wealth is not in the prayer equation but in the working equation,” he said.

Apostle Tetteh Juddah advised Christians to be hardworking and look beyond the ordinary into the supernatural since it takes the power of God to create wealth.

Some of the topics treated were: “Creatively and Harnessing Business Potentials,” “The Core Values of a Christian Businessman,” “Enhancing your Business with Technology,” among others.