Safety And Church Security; How Well Do You Know The Stranger On Your Pew?

Home - News - Safety And Church Security; How Well Do You Know The Stranger On Your Pew? 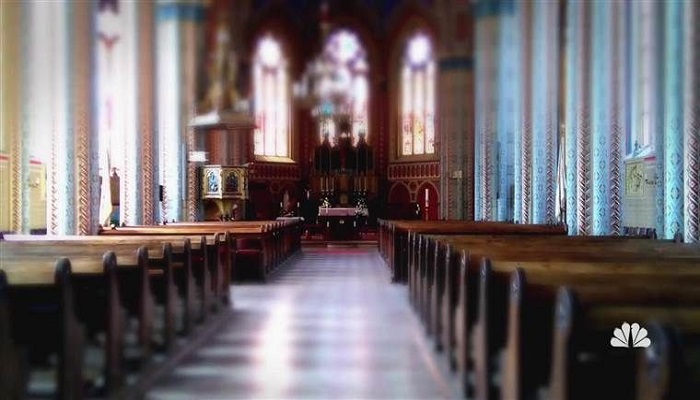 Safety And Church Security; How Well Do You Know The Stranger On Your Pew?

Safety breaches and security scares of recent times are making even the most care-free persons think twice as far as security and personal safety are concerned.

One is gradually waking up to a new level of security consciousness even in mosques and churches where one goes to seek the face of the all-powerful being, God.

There has not been a day where, whether in the media, including social media, at family or public gatherings, at work, as a passenger on public transport, at church or in the mosque, security has not been on the table for discussion. The level of awareness is travelling further and faster than previously, to the extent that, the subconscious mind is being awoken in many people. Curiously, we have reached the point where some worshippers are beginning to keep one eye opened in church and observe the stranger in their pews because we do not live in normal times.

The reason for safety consciousness at church is quite simple. It is becoming increasingly difficult to assess who a true worshipper is. There are those who go to church genuinely dressed up to offer their thanksgiving to God, to praise and worship and listen to the sermon of the day to prepare them for the week. But there are also those who go immaculately dressed to cover up their intent which is to mingle and steal from purses and offertory bags or to size up and cause harm or create havoc in extreme cases as happened elsewhere. Definitely, congregants do have genuine reasons to doubt the motives of some of those who come in as visitors.

And so as security consciousness has now been raised to a new level, it has become a critical part of our daily lives. With new learning about security and safety, particularly in places where people tend to congregate most, churches have been drawn in as they are seen as targets for attacks. Now, sermons from the pulpit may not necessarily have to be focused on the demons that the Bible refers to. There may have to be a gradual shift to the topic of the moment- the recalcitrant enemy of peace and tranquillity that has suddenly arisen in our midst.

Some churches are even making it their business to bring in security experts to educate their members on the simple and perhaps, the big things one tends to ignore when it comes to security and safety.

The stranger in your pew

Who would have ever thought that heightened security would become an issue for open-door places of worship where the core message is discipleship? Where members are busy soul winning from their open-door Jerusalem and into closed-door Samaria and all the ends of the earth? Unfortunately, however, the realities of this twenty-first century are closing those open doors a bit for no other reason than checking security. One gets reminded with all the insecurity around that evil is at our doorstep, planting fear and panic in our lives and trying to hit us where it would shake us to the core.

And so security alerts of recent times have led some churches in the country to install or are in the process of installing security devices some of which could be a bit intrusive but they are all for one’s good. There are now devices such as closed-circuit television monitors commonly known as CCTV, scanners and others that would help detect or monitor the wicked intents of those who go in purely to steal, maim or kill as has been reported in extreme cases elsewhere.

Experts tell us that church security, for example, is not just investing in artificial intelligence that would monitor or detect crime but it is also about going the extra mile for congregants to be extra observant and alert about their surroundings. That very much includes knowing the stranger sitting next to you in your pew, a gesture that could momentarily disarm their negative intent. Ordinarily, one would only shake hands with the stranger on the pew during greeting time and leave it there. Now, disarming the stranger with bad intents is to get to know them in a friendlier way, getting to know their names and even move the conversation beyond names.

Security is the order of the day, whether at home, church or mosque. At work, as a passenger in public transport, at school, relaxing in a hotel or a resort, the watchwords are consciousness about your surroundings. Being alert and watching out enjoins one not to throw caution to the wind.