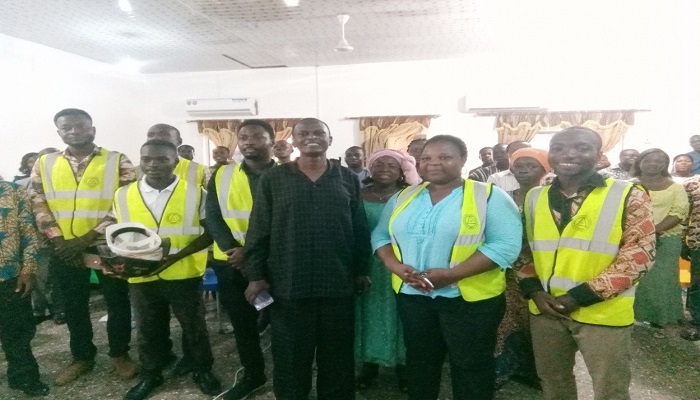 The Bolgatanga Area of The Church of Pentecost has educated ministers and their wives on road safety in order to be abreast with road safety regulations.

The training formed part of the Area Ministers and Wives’ Retreat which took place at the Catholic Social Centre in Bolgatanga from 18th to 20th September, 2019. As part of the programme, officials from the National Road Safety Authority (NRSA) were invited to school the ministers on driving and riding safely on the road.

He took the participants through a proper 360 degrees checks around their vehicles before taking off. This, he said, was to identify some hidden faults like deflated wheels oblivious to the driver, and also avoid crashing innocent infants and domestic animals that might be hiding under unsuspecting areas either under or around their vehicles.

He added that knowledge of the indicators on the dashboard is also very critical in helping drivers to easily detect simple faults on their vehicles and troubleshooting them as fast as possible to prevent little faults from developing into major vehicular liabilities in the future.

To riders of motorcycles and tricycles, he gave sufficient information on helmet safety and its correct use, types of crash helmets and the best helmets for the tropical terrain.

He concluded by identifying the various accident spots in Bolgatanga and how to drive/ride safely around those areas.