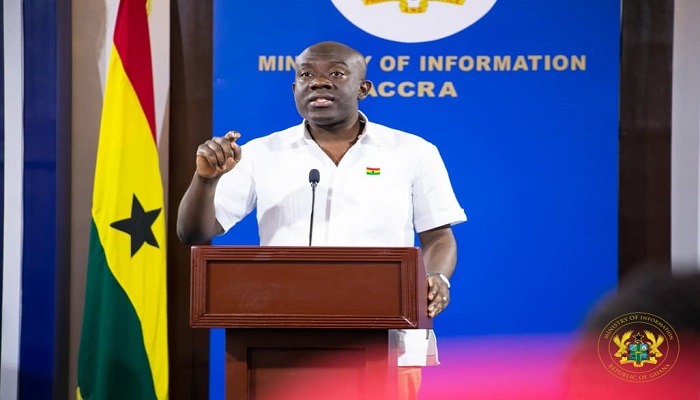 After about two decades of waiting, Parliament on Tuesday passed the Right to Information Bill (RTI) into law.

The Minister of Information, Mr Kojo Oppong Nkrumah, moved the motion for third reading and seconded by the National Democratic Congress (NDC) Member of Parliament (MP) for Tamale Central and Ranking Member on the Constitutional, Legal and Parliamentary Affairs Committee of Parliament, Alhaji Inusah Fuseini.

The law provides for the operationalisation of the constitutional right to information held by public and some private institutions, subject to exemptions that are necessary and consistent with the protection of public interest in a democratic society.

It also seeks to foster a culture of transparency and accountability in public affairs and to provide for related matters.

It was brought back to the Sixth Parliament but could not be passed till the expiration of that Parliament on January 6, 2016.

After months of waiting, the Bill was laid in Parliament in 2018 by the Deputy Attorney General and Minister of Justice, Mr Joseph Dindiok.

It was consequently read the first time and second time. Thereafter, the bill was taken through the consideration stage for amendments to be made to certain clauses.

The last amendment to the RTI Bill last Friday, which was proposed by the New Patriotic Party (NPP) Member of Parliament (MP) for Okaikoi Central, Mr Patrick Yaw Boamah, changed the implementation ministry of the bill from the Attorney and Ministry of Justice to the Ministry of Information.

It is recalled that, Parliament had earlier approved a motion which would delay the implementation of the RTI law till the next financial year in January, 2020.

The New Patriotic Party (NPP) MP for Suhum, Mr Frederick Opare-Ansah, had earlier proposed the amendment that the RTI Bill should come into force 12 months from the date on which the Act is assented to by the President.

But Mr Kyei-Mensah-Bonsu, reviewed the proposal to read that “This Act shall come into force at the beginning of the next financial year.”

The Minority in Parliament kicked against the proposed transitional provision to delay the implementation of the Right to RTI law for a year.

The Minority MPs said the the media, civil society organisations and many Ghanaians had waited for the passage and implementation of the RTI for years, and so it would be wrong to delay its implementation when it is passed.

Last Sunday, the Minister of Information, Mr Kojo Oppong Nkrumah, stated that the government was preparing a road map for the implementation of the RTI law.