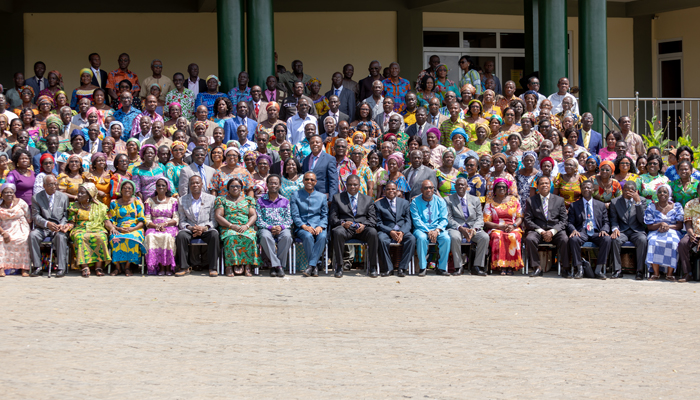 A two-day conference organised for retired ministers and their wives and widows of deceased ministers of The Church of Pentecost has ended at the Pentecost Convention Centre (PCC), Gomoa Fetteh.

The conference which was organised by the Pensions Board of the Church took place from August 13-15, 2019, under the theme, “Possessing the Nations: The Role of the Elderly.”

The maiden conference sought to among other things strengthen the spiritual life of the retirees, foster fellowship among them, forge belongingness as they shared their experiences and life in retirement. The event was also used to educate them on issues regarding their health, diet, finances and how to manage their family issues, among others.

In an address, the Chairman of the Church, Apostle Eric Nyamekye, congratulated them for their tireless effort in advancing the Kingdom of God while in active ministry which, he said, has brought The Church of Pentecost to this far.

“I commend you all for the good seeds you planted which the Lord has watered for us to have a church today which has both nationwide and worldwide presence.

“The Church of Pentecost we see today may not have been what we are all proud of if selfless and gallant soldiers like you had not heeded to the call of God,” he said, adding, “On behalf of the Executive Council and your sons and daughters in active service, we say, Ayekoo!”

The Chairman entreated them to go through the Vision 2023 document and see how best they could contribute to achieving it.

Apostle Nyamekye noted that the successful implementation of the vision strategy would impact positively on both the church and society as a whole.

“We foresee a refreshed church which seeks to contribute to a God-fearing society with hardworking and committed citizens; a society where there is the display of Christ-like behaviour and the demonstration of a high level of integrity; a society with a considerable reduction in social injustice, corruption, crime rate and other social vices; a society whose members are law-abiding and where there is a reasonable reduction in wayward or deviant characters; a transformed society that is very concerned about the environment, keeping it clean and prompting others within the society to do same and a society where citizens in deprived communities have improved access to basic amenities,” he stated.

Present at the conference were the General Secretary, Apostle Alexander Nana Yaw Kumi-Larbi, the immediate past Chairman, Apostle Prof. Opoku Onyinah (Rtd.), the Chairman of the Pensions Board, Apostle John Appiah Aidoo, and two former General Secretaries of the Church, Apostles Rigwell Ato Addison (Rtd.) and Albert Amoah (Rtd.), among others.