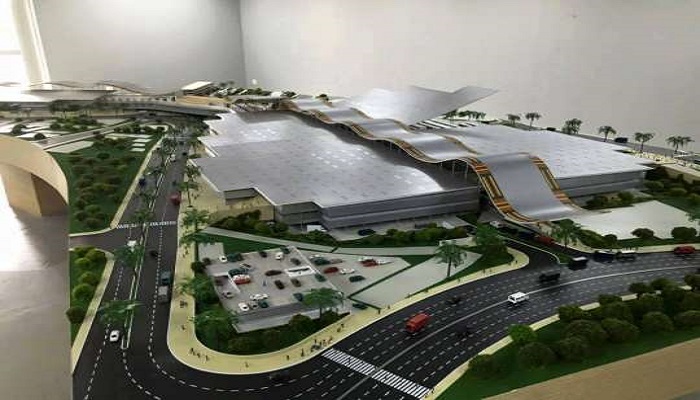 President Nana Addo Dankwa Akufo-Addo, has cut the sod for work to commence on the redevelopment of the Kumasi Central Market, the largest open space Market in West Africa.

At an impressive ceremony at Kejetia, the central business hub of Kumasi, the President was assisted by the Asantehene, Otumfuo Osei Tutu II, and British High Commissioner, Mr. Iain Walker.

The project is the second part of the two-phased project. The first part, which involved the renovation of Kejetia business enclave, has already been completed with a total of 8,400 stores and other facilities.

It is expected to be completed within 48 months, and when constructed, would bring facilities at the market to standard in line with the government’s agenda to improve infrastructural development across the country.

Other facilities include police and fire stations, post office and recreational facilities.

He affirmed the government’s resolve to stem the perennial fire outbreak associated with the old market, which had been in existence since the late 1800s.

The President was hopeful that the new market would go a long way to address congestion at the Central Business District, while facilitating commercial activities.

Otumfuo Osei Tutu in a brief message stressed the need for managers of the facility to do due diligence in completing the project as scheduled.

He advised stakeholders to give their optimal support to the contractors.

Hajia Alima Mahama, Minister of Local Government and Rural Development, said the project would add to the numerous programmes being pursued by the government to expand development of infrastructure.