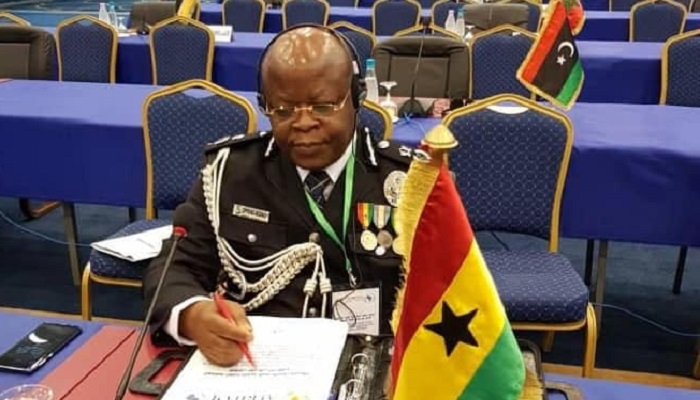 President Nana Akufo-Addo has appointed Deputy Inspector General of Police, James Oppong-Boanuh, as the acting IGP following a directive for Mr. David Asante-Apeatu to proceed on leave with immediate effect.

Mr. David Asante-Apeatu’s leave is pending his retirement from the Ghana Police Service on Wednesday, August 14, 2019.

A statement signed by the Director of Communications at the Presidency, Eugene Arhin, on Monday said, “President Akufo-Addo has asked the Deputy Inspector General of Police, Mr. James Oppong-Boanuh, to act as IGP until a substantive IGP is appointed in accordance with the Constitution.”

COP Oppong-Boanuh who has equally hit his retirement age was granted an extension by President Akufo-Addo in 2018 after he wrote to the Interior Ministry seeking an extension of his service.

“With reference to your letter dated September 17, 2018, and a Memo dated October 3, 2018, from the Minister for the Interior on the subject matter above, I am pleased to inform you that the President has granted you a one-year contract service as Deputy Director-General of the Police effective October 8, 2018, to October 7, 2019,” Akufo-Addo’s letter in 2018 read.

The Deputy IGP position which is part of the Police Service Regulations under C.I. 76, has been vacant for many years until the police administration appointed Mr Oppong-Boanuh who was then the Director-General of Administration to fill the position in September 2018.

Many believed the move was to place him in the position to take over from David Asante-Apeatu upon his retirement.