Possessing the Nations Is To Take Over Territories – Youth Director 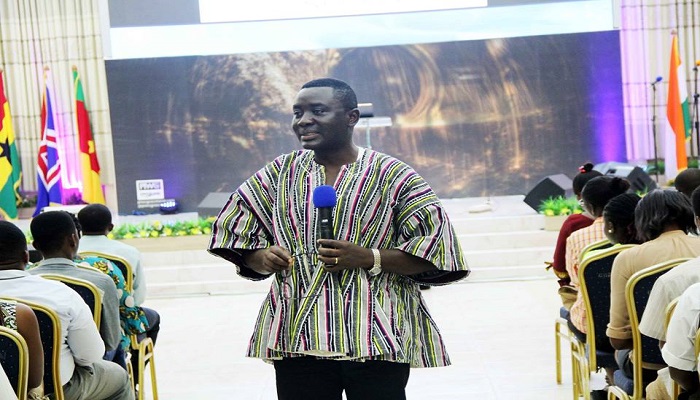 Possessing the Nations Is To Take Over Territories – Youth Director

The Youth Director of The Church of Pentecost, Apostle David Nyansah Hayfron, has said that the agenda to possess the nations means taking over territories that hitherto belong to the devil and manifesting the glory of God in such places.

Apostle Nyansah Hayfron said this in a sermon on the theme, “Christ in You, the Power to Possess the Nations,” at the Agnes Boahemaa Gyimah Temple at Nungua in the Teshie-Nungua Area on Tuesday, March 14, 2019, as part of his visit to the Area.

He stated: “When you have Christ in you, you have power to disinherit the enemy in his territory. As you allow Christ in you to influence your world, your education, your work or business, and your society, you possess the nations.”

The Youth Director quoted several Bible texts including Genesis 15:18, 1 John 4:4, Colossians 1:26-28 and Numbers 22-24, and said God promised Abraham of the Promised Land which already belonged to other people. On their way to the Promised Land, King Balak of Moab became terrified and sought spiritual assistance from Balaam to curse the people of God.

Apostle Hayfron used the story of Balaam and Balak to illustrate how powerful a Christian can be, saying, “Balaam saw a mysterious star that protects the people. Balaam saw Christ over one thousand years before He was born. It was the same star that the wise men from the East, Balaam’s hometown, also saw when Christ was born.”

He urged Christians to be careful how they treat God. According to him, the lives of Christians can only be threatened by God and not by the forces of evil. “If you will cling to the King, you will make it. Remember only God can terrify you, so we need to be people of character before we can possess the nations,” he added.

Quoting Romans 8: 37-39, Apostle Hayfron said: “We are more than conquerors when it comes to the issue of spiritual warfare because of Christ in us.”

The Teshie-Nungua Area Youth Pastor, Ebenezer Agyapong, led the youth through a powerful time of prayer after the sermon.

The Teshie-Nungua Area has a total of 25 districts with 71 local churches with an appropriate population of about 38,000 memberships. The youth forms about 39 Percent of total membership in the Area.