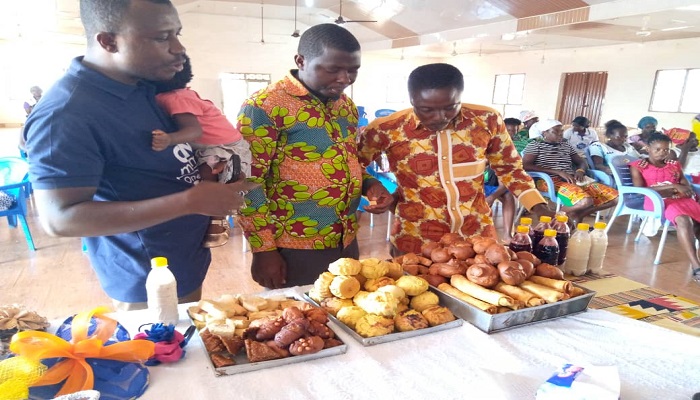 The wife of the Walewale Area Head of The Church of Pentecost, Mrs. Esther Adu, has admonished Christian women to possess the nation through economic empowerment.

Speaking at the opening session of the 2nd Area Economic Empowerment Summit which took place at Walewale from on 6th to 7th November, 2019, Mrs. Adu encouraged women of the church to seek financial independence to facilitate the church’s quest to possess the nations.

With reference to 2 Thessalonians 3:6-13, she charged the participants to do something profitable so they do not become burdens to their families. She further entreated them to set good example for their children and the people they intend to possess. “Prospective souls are more willing to listen to you when you are financially sound,” she added.

She cautioned the participants not to misuse their profit on unnecessary expenses and advised them to live moderately and save more money in order to expand their businesses.

Mrs. Adu taught the participants how to do Condensed Milk Toffee. She said with a capital of GH¢10.00 one can start it. Other facilitators also trained participants in the making of other things like Groundnut cake (nkate cake), Awiesu, Poloo, Rock buns, Short bread biscuit, Spring roll, Buff loaf, Fascinator, Beads chain & slippers, Hair ribbon, among others.

Pastor Bernard Kwarteng who is the Area Secretary in his closing remarks on behalf of the Area Head, commended the facilitators and urged the participants not to go and sleep on the training they have received but rather start a business that will go fast in their various districts.

He further challenged the participants to train others as a means to possess the nation.

In attendance were wives of the ministers in the Area, some of whom also served as facilitators of the summit.