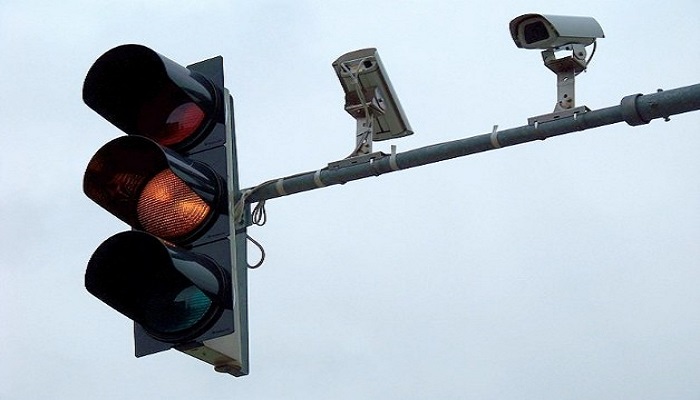 The Ghana Police Service has deployed robust information and communications technology to enable it to monitor key areas across the country to make up for the shortfall in the police-citizen ratio.

The United Nations police-citizen ratio is one policeman or woman to 500 people, but Ghana has a ratio of one to 900.

In what he described as “managing crime with technology”, the Inspector-General of Police (IGP), Mr David Asante-Apeatu, said with the digitisation of police information systems and the deployment of 1,000 cameras throughout the country, Ghanaians should know that they were being watched every step of the way where the cameras had been mounted.

With the digitisation of police informations systems, some of the cameras have been installed at traffic intersections, border posts and key national installations across the country.

From analogue phones, the police now have digitised call centres and android-embedded chips on their handsets that facilitate the capture of videos and the identity of callers.

The centres are equipped with advanced communication gadgets, including CCTV monitoring screen and digital (eLTE 4) trunking network that are networked to other centres in Kumasi and Tamale.

The Accra Centre, which is the headquarters, also monitors the Greater Accra, Central, Western, Western North, Volta and Oti regions.

The system gives the police a fair idea of happenings across the country and helps them unravel some of the complicated cases of armed robbery, accidents, hit-and-run cases, among others.

It will also help professionalise police operations and improve their operational effectiveness.

The Daily Graphic had a rare opportunity to visit the Central Monitoring Centre in Accra, where technicians took the team through some key areas in the country on their radar.

Mr Asante-Apeatu told the Daily Graphic in an interview that the police would introduce the two-way SMS policing in the next two months to enhance communication between the public and the police.

The system, he said, was currently being piloted, with he (IGP) being able to send messages to policemen but they could not respond or reply.

The IGP said the next phase of the police digitisation project, “Alpha 2”, would be the introduction of Location Based Systems (LBS) into the Geographic Information Systems (GIS) at the Police Emergency Command Centre to enable the exact location of callers to be generated on-screen, instead of the caller offering directions to his or her place.

He said an additional 8,000 cameras were expected to be deployed throughout the country to beef up security, not only at national installations but also public places, including private properties.

Mr Asante-Apeatu explained that individuals or corporate organisations that wanted the police to monitor their properties could link up with the Emergency Command Centre.

He, however, explained that the cameras to be used must be in sync with those of the police.

The officer in charge at the centre, Assistant Superintendent of Police (ASP) Ms Gladys Asare, and the technician, Corporal Sadat Hamidu, took the team through the operations of the centre.

Ms Asare said the other regional commands without the centres had branch systems where they only received case tickets to act on.

She said there were two sections at the centre: the Call-takers Unit and the Dispatch Unit.

She said the moment a call came through, a case ticket was generated and forwarded to the Dispatch Unit, which would locate the nearest patrol team to assign to that call.