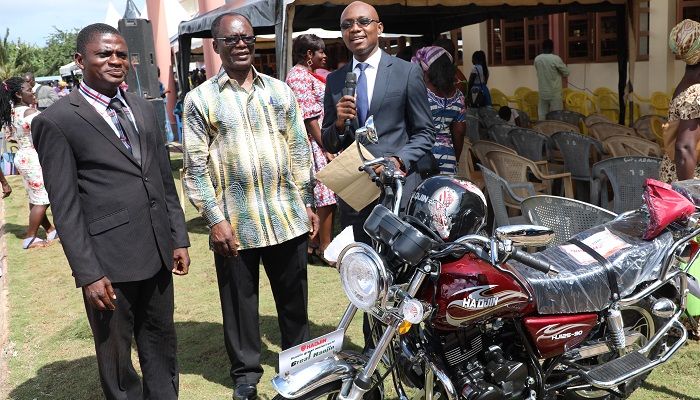 The short presentation ceremony took place on Saturday, October 5, 2019, on the sidelines of the Chairman’s meeting with Ministers and Officers in the Cape Coast Area at the Adisadel Central Assembly auditorium.

The presentation was received by the Cape Coast Area Head, Apostle Samuel Yaw Antwi, who in turn handed it over to the Ebukrom District Minister, Pastor John Inusah Aturi.

Speaking to PENTECOST NEWS, the Resident Minister of PIWC-Cape Coast, Pastor Gideon Osei-Appau, said that the donation is one of the two Haojin motorcycles purchased by the church through its Missions Committee to support the work of missions.

He said that both motorcycles was acquired at a total cost of GHS7,400. According to him, the other motorbike has been presented to the Bimbagu District Walewale Area.