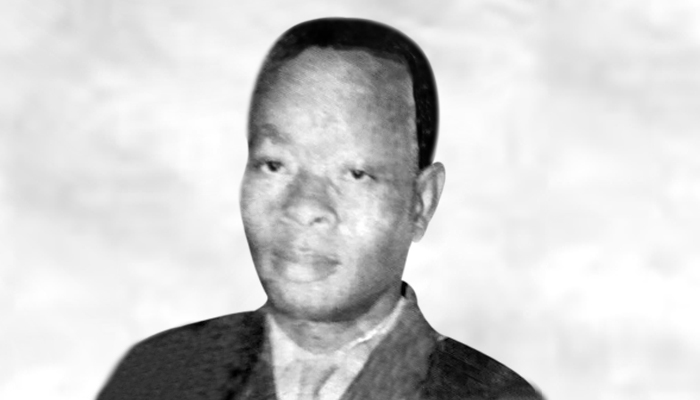 BIRTH
John Bart-Plange, who was also known as Kwesi Mensah, and was affectionately called Paa John, was born at Shama on July 19, 1896. His father was Rev. Harry Bart-Plange, a minister of the Methodist Church. His mother was Elizabeth Entsua of the French family of Nyakrom-Shama.

EDUCATION AND EMPLOYMENT
He had his elementary education at the Wesleyan Methodist schools at Shama and Tarkwa. He was a keen footballer and avid reader. He was employed as a clerk by the Ashiem Oil Mills, a company based at Ashiem near Tarkwa. After a few years, he left to work with his step-father, Mr. Quacoe who was an agent of Messrs Rust, a German firm based in Sekondi. Later, he accepted an appointment as a Store Keeper in charge of F & A Swanzy’s store at Shama. With the amalgamation of Millers, John Walkden, F & A Swanzy and other companies into the United Africa Companies (U. A. C.), John Bart-Plange served as Store Keeper, Wholesale Keeper and finally as Hardware Manager at Nsawam, Cape Coast and Dunkwa where he retired in 1943. After retirement, he became involved in the management of Wee Pest Bakery, a venture that had been established by his wife. The bakery, which was established at Dunkwa was later moved to Kumasi.

CONVERSION
Being a son of a Methodist minister, he was born and bred in the Methodist Church. As a music lover, he studied music and became an organist and choirmaster in the Methodist Church at Shama and Nsawam. For some time, he was an active member of the Rosicrucian Order (AMORC), and later became a Freemason. However, in the early 1940s, when he was working at Dunkwa, he gave his life to Christ Jesus and joined the Apostolic Church of the Gold Coast.

APPOINTMENTS
Soon after conversion, he began demonstrating strong leadership qualities to the admiration of the church leadership. He was subsequently appointed into the following positions in the church:
• General Deacon responsible for Ashanti, Brong Ahafo and Northern Territories (1957).
• Member of the Board of Trustees (1959).
• Chairman of the Finance Board (1961).
• Member of the Executive Council (March 1961-November 7, 1963). He is on record as the only Elder to have ever served on the Executive Council of the Church.
• Chairman of Pentecost Educational Advisory Board and Board Chairman of Pentecost Secondary School, Kumasi (1968-1970).

SIGNIFICANT CONTRIBUTIONS TO THE GROWTH OF THE CHURCH OF PENTECOST
• Being a selfless, truthful, level-headed, sympathetic, forward-looking and loving man of integrity, he was entrusted with the financial interests of the Church, which he managed with efficiency. He is known to have formulated and jealously guarded the financial policies of the Church, ensuring that financial controls at all levels were adhered to.
• He formulated blueprints to guide the Financial Secretaries and Treasurers of the church in the proper management of church funds.
• Through his efforts, the church acquired a lot of properties including the land on which the Asokwa Area office and church building is situated in Kumasi.
• He demonstrated genuine concern for the welfare of the full-time ministers of the church.
• The most significant role played by Elder John Bart-Plange was during the attempted ecclesiastical coup d’état staged by Pastor Joseph Alpheus Cann Anaman (1905-1993) against Pastor James McKeown in the early 1960s.
• The story is that Pastor Anaman was one of the key pioneer leaders of The Church of Pentecost. Any time Pastor McKeown left Ghana on furlough, Pastor Anaman served as the Acting Chairman. He was a key player in the church during the period of the Church’s crisis with the Apostolic Church of Ghana from 1953 to 1962.

At the Pastor’s Council Meeting in November 1959, a word of prophecy was uttered that one of the Pastors was going to betray the leadership of the Church. This was fulfilled when between 1960 and 1962, Pastor Anaman led an unsuccessful, but devastating coup d’état in The Church of Pentecost.

During the closing session of the Church’s annual convention held at Koforidua in April 1960, Pastor McKeown and his wife, Sophia, were presented with a piece of Kente cloth with a pair of sandals to match and a purse of fifty pounds sterling. The motive of these presentations was not disclosed. However, the motive came to light when Pastor McKeown and his wife left for the UK later that year on vacation. Unknown to the leadership of the Church, Pastor Anaman had hatched a plan to take over the chairmanship of the church from Pastor McKeown through trickery.

During a Pastors’ Council meeting held at Sunyani in September 1960, the ministers were informed, among other things, that because the government of Ghana intended to unite the two Pentecostal churches, it had become necessary to appoint an African Chairman and that Pastor Anaman had been proposed for that position. Although the Pastors had rejected the proposed merger and had asked that the issue of the African chairmanship be deferred until the return of Pastor McKeown from the UK, Pastor Anaman rather referred the matter to an emergency Elders’ meeting held alongside the Pastors’ council. Being a very influential Elder at the time, Elder John Bart-Plange was appointed to preside over that emergency Elders’ meeting. He was deceived by the ecclesiastical coup leaders to convince the Elders to confirm the African chairmanship and endorsed the proposal to appoint Pastor Anaman as Chairman of the Church.

Meanwhile, before the Sunyani meetings, Pastor Anaman had written to Pastor McKeown claiming that President Nkrumah had decreed that the two Apostolic churches be reconciled under an African chairman, and that he (Pastor Anaman) was being forced against his will to become the Chairman. Unaware of Pastor Anaman’s schemes, Pastor McKeown wrote a letter to all the Assemblies in Ghana about the issue. Immediately after that, Pastor Anaman called an emergency General Ministers’ Council meeting at Merry Villas Assembly in Accra in October 1960. During that meeting, Pastor Anaman was unanimously elected the new chairman of the church. The position of vice chairmanship was abolished. Pastor McKeown’s role was redefined as “the spiritual father of the Church”.

The appointment of the African Chairman was circulated in all branches of the Church. It was also published in the local newspapers and broadcast on radio. However, the announcement came as a surprise to many as the members received the news with mixed feelings.

Meanwhile, some church leaders, particularly, Elder J. Bart-Plange, the then General Deacon for Ashanti Region, had written to inform Pastor McKeown about developments in the Church, most of which contradicted the letters he had received from Pastor Anaman. It was through those correspondence that Elder Bart-Plange realised that he had been deceived to lead the Elders to endorse an ecclesiastical coup d’état.

Accordingly, in January 1961, Elder John Bart-Plange mobilised the Elders in Ashanti and Brong Ahafo Regions to meet to discuss the issues and passed a resolution to reject the election of the African Chairman. They called for a national Elders’ meeting to discuss the issue. Eventually, the position of the Elders from the two Regions received the support of their colleagues in the other Regions especially those from the Greater Accra.

Although the Executive Council, led by Pastor Anaman sent delegations to meet the various Regional Presbyteries, the Elders, led by Elder John Bart-Plange stood firm and unanimously called for the revocation of the appointment of the African Chairman. Pastor Anaman was also asked to write to denounce the press publications of the appointment.

Eventually, when Pastor McKeown returned to Ghana, it became clear that all the claims of Pastor Anaman were untrue and that President Nkrumah had not ordered the two church factions to merge under an African Chairman. At a General Council meeting held at Kade from March 22-29, 1961, it came to light that the ecclesiastical coup d’état had been orchestrated by Pastor Anaman. He later confessed and apologised during a meeting at Akim Oda in November 1961.

From this story, it would be seen that during one of the most serious crisis of the Church, it took a strong character such as Elder Bart-Plange, who hated injustice, cheating, and deception to save the Church.

DEATH
Having been down with blindness for nearly twenty years, Paa Plange died peacefully at the age of 90 in Takoradi on Thursday, September 11, 1986.