Pastor, Wife Blessed With A Child After 7 Years Of Marriage

Home - News - Pastor, Wife Blessed With A Child After 7 Years Of Marriage 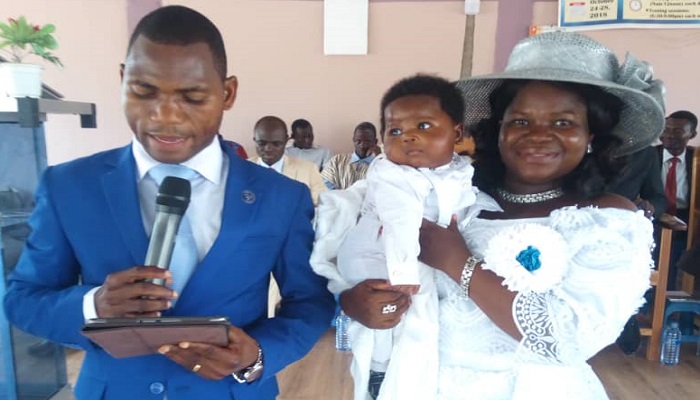 Pastor, Wife Blessed With A Child After 7 Years Of Marriage

Overseer Seth Noble and Mrs. Clementina Dogbeda Hetsu of Ehiamankyene District in the Kete-Krachi Area of The Church of Pentecost have been blessed with a baby boy after seven years of their marriage.

The couple, who got married in 2012, had a challenge in giving birth, though they had sought for medical attention from various hospitals which proved futile.

They told PENTECOST NEWS that, their Area Head, Apostle Komi Edina Agbavitoh, and the Area pastorate intervened in their situation and helped them in prayers which yielded result.

“It was when our colleague ministers and their wives prayed about our situation continually during our Area Prayer Chain and Special Workers’ Prayers that the Lord opened the heavens to us,” they affirmed.

Speaking at the christening ceremony of the newborn child at Ehiamankyene Central Assembly on Saturday, February 2, 2019, the Resident Minister for Krachi Worship Centre and Area Youth Pastor, Pastor David Francis Akayue, read from Mark 10:13-16 and said that, children have both physical and spiritual needs which parents must make effort to meet.

He admonished parents to take good care of their and train them in the way of the Lord.

In attendance were the Area pastorate and their wives, officers, members, family members of the couple and the wife of the Larve District Minister, Mrs. Rebecca Aguyire.