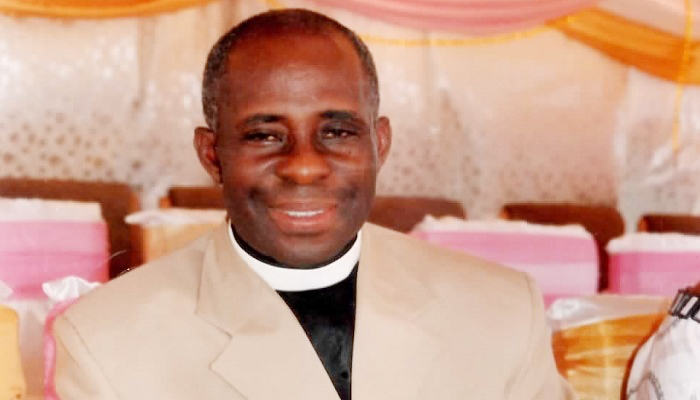 The remains of Pastor Kwesi Pamfo Odum, a retired minister of The Church of Pentecost, was laid to rest on Saturday, February 1, 2020, after a solemn memorial and burial service held at KCC, Kasoa in the Central Region.

Born on December 12, 1948, at Bondaye, near Prestea in the Western Region, Pastor Odum died on December 15, 2019, at the Korle Bu Teaching Hospital after a short illness at age 71. He was the third born to his parents, Mr. John Baffoe Odoom and Maame Mary Essilfie (both of blessed memory), natives of Enyan Denkyira in the Ajumako-Enyan-Essiam District of the Central Region.

Educated at the Takoradi Polytechnic where he obtained a Diploma in Business Studies with option in Secretarial Studies in 1972, he was employed at the Headquarters of the Cocoa Marketing Board, in Accra as an Administrative Secretary. He was later transferred to Asante Mampong, in August 1973, where he met the Lord and accepted Jesus Christ as his Lord and personal Saviour during a Scripture Union (SU) meeting. He was appointed as Secretary to the Fellowship a year later.

The General Council of the church, in a tribute, said Pastor Odum (Rtd) demonstrated real love and passion for the flock who were placed in his care throughout the stations he served. “His zeal for winning lost souls was exceptional. He was a man of prayer and one who showed himself approved as a workman who was not ashamed but rightly divided the word of truth to the understanding of the members. His affable disposition endeared him to both the old and the young,” it said.

Pastor Odum survived by a wife, Mrs. Gifty Odum, a son and many adopted children.