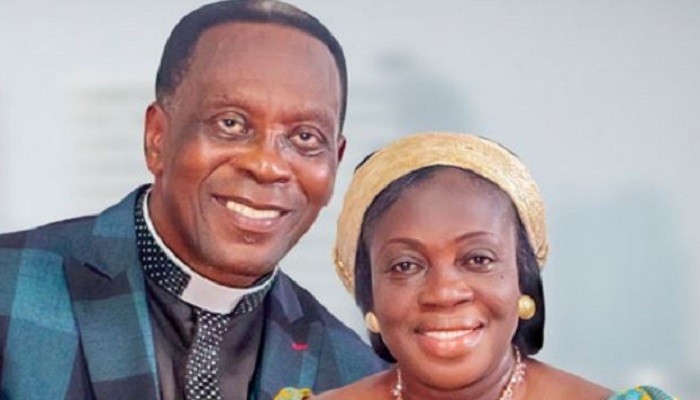 Joshua Kwasi Yirenkyi-Smart was born in Kumasi on Sunday, April 18, 1954 to Pastor Smart Yirenkyi (a native of Akropong-Akuapem) and Mrs. Dora Yirenkyi, nee Afua Tenewaa Duodu (a native of Akim Begoro), both of blessed memory. His parents were ecclesiastics of the Apostolic Church and The Church of Pentecost between 1949 and 1980.

Joshua began his education at Dunkwa-Offin Presbyterian Primary School in 1960 and continued at Nkawkaw Opinaman Memorial Middle School, from where he gained admission to Prempeh College – Kumasi in 1968.

After secondary school, he gained admission to University of Cape Coast in 1978 and completed in 1982 with Bachelor of Arts in Geography and Sociology and a Diploma in Education. Between 2000 and 2003, he studied at Nantwich Theological College, UK where he earned a Certificate in Theological Studies and a Master of Applied Theology (MTh) from the University of Manchester, UK.

Joshua accepted Jesus Christ as his personal Saviour at age 12, and three years later was baptized by immersion by Pastors Smart Yirenkyi and E. N. A. Appiagyei (both of blessed memory) at Asamankese in August 1969. He was a member of Prempeh College Scripture Union, and later became the Secretary to the Christian Fellowship at the University of Cape Coast in 1980.

After completing University of Cape Coast, he taught at Aggrey Memorial Zion Secondary School at Cape Coast and New Juaben Secondary Commercial at Koforidua from 1982 to 1989.

He later gained employment with the West African Examination Council (WAEC) as an Assistant Registrar from 1989 to 1993.

On December 11, 1983, Joshua got married to Gloria Adubea Walker (daughter of late Apostle F. D. Walker) at Cape Coast. The wedding was officiated by Apostle F. S. Safo and Apostle D. K. Arnan, the then Chairman and the General Secretary of The Church of Pentecost respectively. Their union was blessed with three males and a female.

However, Gloria was called home by her maker in 2011. Joshua then married Rose Adjabeng in September 2014. Together, Joshua and Rose have eight children – four (4) gentlemen and four (4) ladies. They are Kwadwo, Joshua, Fred, Martinson, Ruth, Eunice, Claudia and Abigail.

Joshua was called into the full-time ministry in 1994 from Maamobi District, Accra. The District Pastor at the time was Pastor B. A. Adobah (now Prophet B. A. Adobah retired).

Considering the trajectory of his service in the full-time ministry, Pastor Yirenkyi-Smart’s ability to teach stood him in good stead since He spent 15 years out of his entire ministerial life lecturing at the Pentecost Theological Seminary (PTS) and the Pentecost University College.

Pastor Joshua Yirenkyi-Smart also published one book titled, “Pentecost: From Jerusalem to Asamankese” (The Journey of Pentecost and the Untold Story of James McKeown and The Church of Pentecost 1937-1982). This book has become a church treasure and is being used by students of Pentecost Theological Seminary as a study material. He has also published some few articles.

By the grace of the Almighty God, Pastor Joshua Yirenkyi-Smart, and his wife, Mrs. Rose Yirenkyi-Smart, will retire from the full-time ministerial service of The Church of Pentecost on Sunday, July 28, 2019 at the Abeka Central Assembly church auditorium. May God’s name be praised.