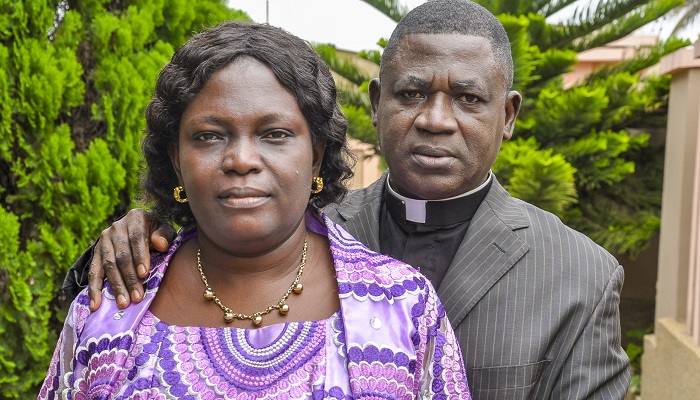 He was born at Kukuom Tanoso to the late Opanin John Osei Asibey a.k.a (Kofi Attiah) and the late Obaapanin Hanna Anane a.k.a (Adwoa Sefwi) of Kukuom Tanoso and Dadiesoaba in the Ahafo region of Ghana, respectively, on Thursday 6th May, 1954

He had his basic Education at Kukuom Tanoso L/A School from 1961 to 1967 and continued at Kukuom United Middle School (now Kukuom Methodist Middle School) from 1967 to 1971 where he wrote the Common Entrance Examination and passed. He received an offer of admission to Atebubu Teacher Training College where he was trained as a Teacher from 1978 to 1982.

After completing Teacher Training College, Eric was posted to teach English Language at Ampenkro (Mim) Primary and Junior Secondary School from 1982 to 1997

In 1981 Eric Yaw Osei got married to then Miss Margaret Bonnah of Ejisu in the Ashanti Region. The marriage was later blessed by Aps. Kwesi Ackah Baidoo (Rtd.) on Friday 1st August, 2014. Their marriage is blessed with 6 (Six) children, Lydia, Joe, Ben, Esther, Becky and Tilly.

Eric Yaw Osei converted into The Church of Pentecost at Goaso on Saturday 17th November, 1973 and was baptised by immersion by Pastor Solomon Mantey (now deceased) on Friday 11th January, 1974. He was ordained an Elder of the church on Sunday 28th December 1975 at Wenchi by Apostle Patrick Asiamah (now of blessed memory).

On 28th July, 2019, Pastor Eric Yaw Osei and his wife, Mrs. Margaret Osei, will retire from active service after 22 years in the full-time ministry. We give all the glory to the Lord God Almighty. A glorious retirement service would be held in their honour at the Ebenezer Assembly church auditorium at F-Line, Buokrom Estate.