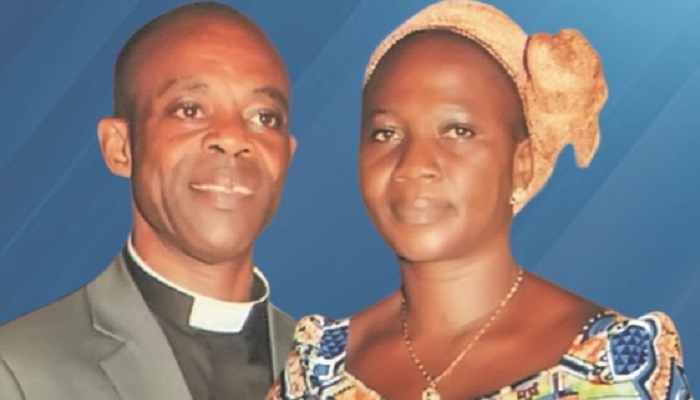 Daniel Opoku Kissi was born on Wednesday, 5th May, 1963 at Accra Newtown in the Greater Accra Region, but he comes from Sekyere in the Ashanti Region. He is the fourth of five children of Opanyin Kofi Kissi and Deaconess Janet Oduro, both of them are now deceased.

Opoku Kissi started primary school at Sekyere Methodist Primary, and continued to the Middle School where he obtained the Middle School Leaving Certificate in 1979. He proceeded to Secretariat Business College (SEBUSCO) at Caprice in Accra, where he obtained the General Certificate of Education – Ordinary Level (GCE ‘O’ Level) in December 1982, amidst financial difficulties due to the death of his father. He later went to the Institute of Professional Studies (IPS) in Accra (currently UPSA) and read Accounting.

On completion of his studies at IPS, Opoku Kissi travelled to London in the United Kingdom where he lived and worked for ten (10) years. According to him, he received a revelation from the Lord to leave the United Kingdom and go back home to Sekyere Ashanti to support the local church. So, in obedience to the Lord he travelled back to Ghana in 1990 to pursue the call of God on his life.

Daniel was born into The Church of Pentecost. He received the Holy Spirit baptism at a tender age of 14 years during a church revival programme at Sekyere in the Ashanti Region. He accepted the Lord Jesus Christ and was baptized in water by Pastor J. K. Appiah (now deceased) at Accra Newtown on 4th October 1982. Following his eagerness to do the Lord’s work, he was made to preside the Sekyere Local Assembly as a brother. He was ordained an Elder in 1991. Pastor Amofa Afriyie (now retired) who was then in-charge of Effiduase District, realized his passion for soul-winning and appointed him as the District Witness Movement Leader.

Daniel Opoku Kissi was called into the full-time ministry of The Church of Pentecost in 1997 and was stationed at Kpandai in the Northern Region in 1998. He was ordained as a Pastor on 25th May 2003.

A glorious retirement service would be held in their honour on Sunday, December 8, 2019 at Berea Assembly, Sawaba, Ashanti Bekwai in the Ashanti Region.