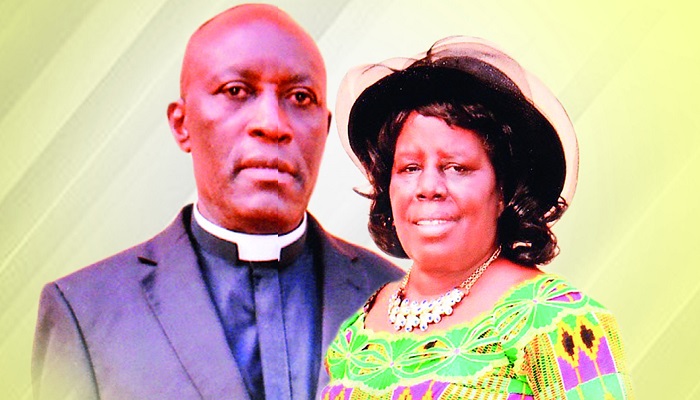 Joseph Padi Odonkor was born on May 25, 1954 to Nomo Emmanuel Maade Odonkor and Deaconess Grace Amanyeyo Odonkor of Manya Kpogunor and Saisi respectively (in Manya Krobo District in the Eastern Region of Ghana). Both of them have gone to be with their Maker.

He started his education at Akumensu L/A Primary School, a community near Asesewa and completed at Nkawkaw Presbyterian Middle School in 1973.

After form 4, he wrote the then Common Entrance Examination and passed. He gained admission to New Juaben Secondary Commercial (NJUASCO) at Koforidua, but due to the untimely demise of his father he could not continue.

In 1979, he attended Architectural Drawing and Elementary Surveying Institute at Atibie. Still undaunted, he later registered and sat for the Senior Secondary School Certificate Examination (SSSCE) in 2005.

With determination and perseverance, he graduated from Pentecost University College with Bachelor of Theology in 2013. He worked with Goku Industries and later established his own business as a draughtsman surveyor.

Joseph Odonkor was born into The Church of Pentecost. He accepted Jesus Christ as his Lord and personal savior at the age of 18 years. He was baptized by Pastor Joseph Mensah in December 1972 and received Holy Spirit baptism in 1973.

Joseph got married to Sister Janet Asiamah in October, 1981 and the marriage was blessed by Apostle A. T. Nartey (now of blessed memory) on 10th January, 1982 at Agormanya. They are blessed with six children, Cynthia, Joyce, Jacob, James, Joshua and Joanna. In addition, they have adopted and trained thirty other children.

By the grace of God, Pastor Joseph Padi and Janet Odonkor  will bring down the curtain on their service as ministers in the Lord’s vineyard on July 28, 2019. May the Lord’s name be praised.