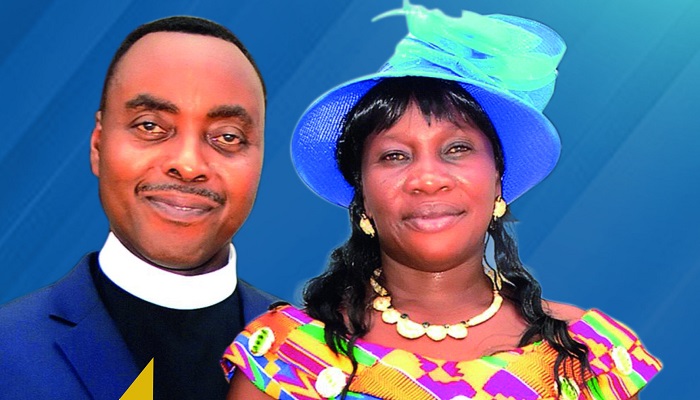 Joseph Kwabena Ocloo was born on 21st April, 1964 around 10:45am at Quist Maternity Home in Hohoe to Inspector Jacob Kofi Ocloo of blessed memory and Madam Benedicta Y. Adoglo.

He started his early childhood education at Sonto Agbozume A.M.E Zion School. From 1969, he schooled at Tokuroano from Primary one to Primary four and continued at Hohoe Primary five, Ve-Darfour Primary six and Form one to Form four at Sunyani Liberation Barracks Middle School where he had his Middle School Leaving Certificate Examination in 1980.

With the desire to continue his education he moved back to Hohoe to write Common Entrance Examination and he happened to be one of the only five (5) people who passed successfully. He also sat for the Middle School Leaving Certificate Examination for the second time and passed out with distinction in 1981.

He had admission to the Kpando Technical Institute in 1982 and passed out in 1984 with Certificate in Engineering from City and Guilds of London Institute.

He had an appointment as Assistant Regional Scales Mechanic with the Ghana Cocoa Board in Hohoe but turned it down to start his own business. Owing to this, he started as a road side motor vehicle mechanic for a year, he changed into photography and later a Timber Merchant. This decision to work on his own was based on his desire to be rooted in the Faith and also assist the District Minister to do God’s work and facilitate the growth of the church in Hohoe.

On 23rd November, 1982 while Joseph was on his way to prep at the Kpando Technical Institute dining hall, he stopped by the School’s notice board to read some few columns for information. There at the notice board, a friend by name Francis (a fellow Catholic student) approached Joseph to discuss issues of faith. Francis had come to seek Joseph’s approval to join the Scripture Union (SU). After interacting with the friend on that matter, Joseph succeeded in persuading his friend and prevented him from accepting Jesus Christ as Lord and Savior, and further discouraged Francis from joining the SU.

From there, Joseph wanted to join some students at the dining hall, but from nowhere a thick and dreadful darkness over shadowed him and led him “unconsciously” into the Assembly hall where the members of the Scripture Union had met. He sat among them and immediately gained his consciousness; he sat through the entire service and accepted Christ when the altar call was made.

Joseph with wholeheartedness followed the teachings of the Christian Faith and also received the Holy Spirit baptism in three (3) months after his conversion without attending any Holy Spirit baptism prayer meeting. He did not want anyone to decide for him as to which church he should join, so he set aside 22nd to 24th April 1983 immediately after his birth day to fast, pray and ask God to choose or direct him. On the 24th April, 1983 in the mid-day, while waiting in prayer and fasting, he heard an audible voice, which mentioned “The Church of Pentecost” to him.

On the 1st of May 1983, he joined The Church of Pentecost at Hohoe Ahado and was baptized in water. He was ordained as a Deacon in 1986 and as an Elder in 1989 by Apostle Professor Opoku Onyinah (Rtd) and the late Prophet J.K. Ennum respectively.

Joseph at a tender age of 23 was one of the three (3) Elders who were presented to be voted upon in the Volta Region when the Regional Executive Committee concept was first introduced in the Church.

Joseph got married to Sister Nela Aku Hlodzo. Their marriage was solemnized by Aps. D.Y. Obeng Attuah Rtd. On May 1, 1988 and are blessed with four children, and two grandsons.

By the un-ending mercies of God, Pastor Joseph Kwabena and Mrs. Nela Aku Ocloo will bring down the curtain on their active years in the full-time ministry on Sunday, July 28, 2019.