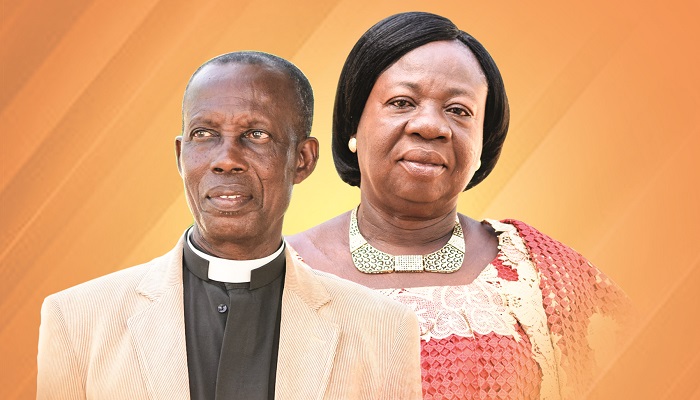 George started his primary education at Jachie Anglican School in 1961 and completed Middle Form Four in 1971 with distinction. He continued his education at Jachie Pramso Secondary School from 1972 to 1977. He obtained the General Certificate of Education (GCE), Ordinary Level. George pursued a 3-year Post-Secondary Teacher Training Education at St. Joseph Training College, Bechem from 1979 to 1982

From 1977 to 1979 he was employed by Baffuor Contractors, a construction company in Kumasi and worked as a Time-Keeper before gaining admission to the Teacher Training College.

George got married to Miss Margaret Adusei (Mrs. Margaret Nsiah Afriyie) at Jachie in 1977. Their marriage is blessed with three males and three females.

George was converted and baptized into the Christian faith in 1974 at Brekum in The Church of Pentecost by Pastor Arhin (retired). He was ordained as a Deacon in 1980 and an Elder in 1982 by Apostle C.C.A. Hushie and Prophet M.K. Yeboah respectively at Tepa in the Ashanti Region.

Young George was called into the full-time ministry of The Church of Pentecost through the recommendation of Pastor S.O. Tetteh, the then Area Head of Goaso, and Pastor E.K. Quaye, the then District Pastor of Tepa in 1996.

Pastor Nsiah Afriyie began his ministerial journey in 1996 at a community called Aworoso in the Central Region. After 7 years, he was later reassigned to Abirem (2003-2008), Sefwi Essam (2008-2013) and finally to Bibiani, where he will bring his service to an end on 28th July, 2019, after 23 years in the full-time ministry. May the name of the Lord be praised.

A glorious retirement service would be held in honour of Pastor George and Mrs. Margaret Nsiah Afriyie at the Bibiani Central Assembly church auditorium.