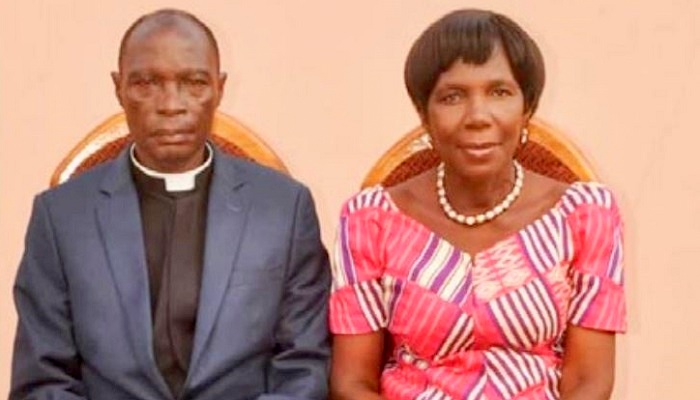 He began elementary school at the Axim Anglican School in 1962. He then transferred to the Axim Jerusalem Methodist School in 1964 and completed in 1970, hurdling a number of classes in the process due to his distinctive academic prowess. He continued with the General Certificate of Education Ordinary (GCE ‘O’) Level from 1971 to 1975. He was then awarded a scholarship by the African Youth Command Brigade to attend the Afienya Youth Leadership Training Institute (formerly called Grounding School) from 1976 to 1978. He pursued higher education at Obogu Agricultural and Technical College from 1979 to 1982. On completion, he became a Senior Technical Officer (STO).

When he completed secondary school, Emmanuel Mintson worked with the Esiamah Corporal and Vegetable Oil Mills. His time at the Esiamah Corporal and Vegetable Oil Mills was very short due to his strong Christian principles and dislike for corruption. He was then transferred to the Axim branch of the company in the capacity of Assistant Purchasing Officer before finally resigning after just six (6) months at post.

After completing his studies at the Afienya Youth Leadership Training Institute in 1978, he taught for a year at the Alawule-TikoboAlangenzulley (ATA) Continuation Schools in the Western Region as an Agricultural Science Teacher, although he received initial offers to work at the Blue Factory in Nsawam as a Farm Manager even before completing his studies. Emmanuel Mintson also joined the Ghana Education Service to teach at the Ayinasi Schools as an Agricultural Science Teacher in 1983.

Emmanuel was born into the Methodist Church but due to the strong influence of his aunt; Aunty Esi, he joined The Church of Pentecost as a young boy. He was baptized by the late Pastor Joseph Ocran in 1968. Soon after his baptism, he was ordained as a Deacon of the church at the tender age of thirteen and then as an Elder in 1970 by Apostle D. Y. Owusu (of blessed memory) at that year’s Christmas Convention at Shama.

In 1975, he was sponsored by Apostle Patrick Asiamah (of blessed memory) to attend the very first Witness Movement Leadership Training Course at the Pentecost Bible School in Madina.

Pastor Mintson is married to Felicia (nee Felicia Ohemeng). Their wedding ceremony was officiated by the then Pastor J. K. Nyarko (of blessed memory) on the 14th of August, 1983.

In 1986, Pastor Emmanuel Mintson responded to the call into the full-time ministry of The Church of Pentecost and has not looked back ever since.

By the grace of God, Pastor Emmanuel and Mrs. Felicia Mintson will retire from active ministerial service on July 28, 2019. May the name of the Lord God Almighty be praised.