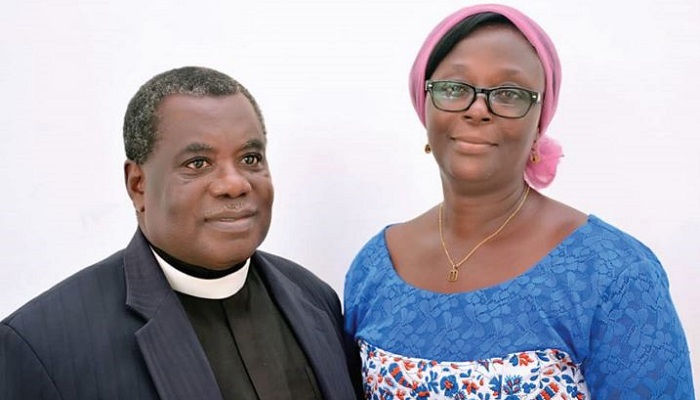 Anthony Peter Mensah was born on Thursday, 1st April, 1954 at Sefwi Baakokrom near Sefwi Bekwai in the Western Region to Yaw Mensah (a Tailor but now deceased) and Maame Akua Obidieaba.

P. Mensah began his elementary education at Sefwi Baakokrom Local Authority Primary School from 1960 to 1967. He continued his Middle School at Sefwi Tanoso ‘A’ Local Authority Middle School from 1967 to 1969 for Form One and Two. He then left for Sefwi Anhwiaso Methodist Middle Mixed School from 1969 to 1971 where he obtained the Middle School Leaving Certificate (MSLC). He took the Common Entrance Examination and passed in 1971, but he could not continue his education to the secondary school because he had impregnated a School Girl that same year. His father and grandmother sold part of their cocoa farms to pay a cash compensation to the girl’s parents and bought a sewing machine for her.

Mensah then went to work with his father on his cocoa farms for one and half years. A P was later employed by the Ministry of Agriculture – Cocoa Division, and he worked for two and half years, before gaining admission to Wiawso Teacher Training College in 1974. He graduated with Teachers Certificate ‘A’ in 1978. He took the GCE ‘O’ Level, Nov-Dec in 1977, when he was in the final year in the Teacher Training College. Teacher Mensah taught for seven years; six years as a Class Teacher and one year as a Head Teacher before being called into the full-time ministry of the Church.

A P Mensah accepted Jesus Christ as his Lord and Saviour at a crusade organized by the Scripture Union (SU), Sefwi Wiawso branch at Sefwi Bekwai on 17th December, 1977. He joined the Baptist Church at Sefwi Bekwai the following day, 18th December, 1977. He was baptized by immersion by Pastor J. K. Siaw of the Baptist Church on 15th October, 1978. Upon receiving the Holy Spirit baptism, he became uncomfortable in the Baptist Church and left to join The Church of Pentecost on 8th June, 1980. His love and zeal for the Lord’s work was seen by all and was ordained a Deacon six months later on 27th December, 1980, then ordained subsequently as an Elder on 2nd April, 1983 by Apostle J.C. Quaye (of blessed memory). He was appointed Presiding Elder for Sefwi Bekwai Central Assembly on 6th May, 1984 and was called into the full-time ministry in April, 1985.

On 10th January, 1982 Teacher Mensah got married to the then Miss Georgina Gambrah, a Seamstress and Bread Baker. The marriage was solemnized at The Church of Pentecost, Sefwi Bekwai by Pastor Joseph K. Ware (of blessed memory). The marriage is blessed with six children – three gentlemen and three ladies: – Gabriel, Michael, Emmanuel; Abigail, Esther and Elizabeth.

On Sunday, July 28, 2019, Pastor Anthony Peter and Mrs. Georgina Mensah will retire from active ministry after 34 years of service. To God be the Glory.